The latest news in the world of video games at Attack of the Fanboy
February 9th, 2018 by Jose Belmonte 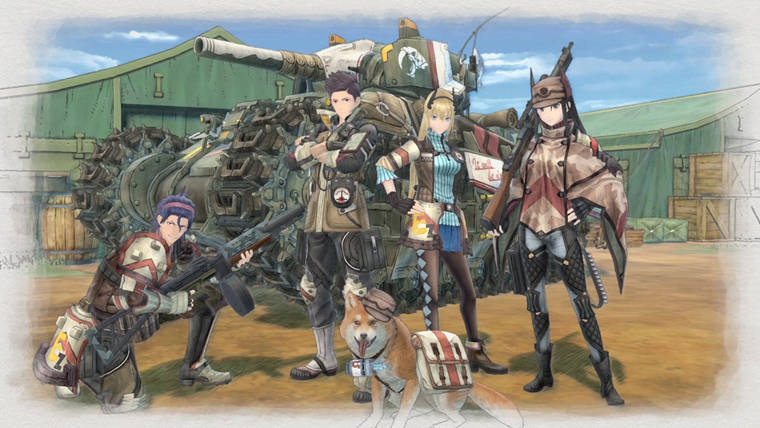 Sega has released a new video preview of Valkyria Chronicles 4 which focuses on part of the main cast of the new game, the members of the Squad E. The character presented are the protagonist Claude Wallace, the grenadier Rilley Miller, the assault soldier Raz, and the sniper Kai Schulen. They form part of a unit sent by the Atlantic Federation to attack the capital of the East Europan Imperial Alliance, in the northern region of the Europan continent.

Claude Wallace is the squad leader and tanker, just as Welkin in the original Vakyria Chronicles. He stands out for his ability to predict weather changes, which comes very useful in the icy regions of the north. Rilley Miller represents the brand new class of this game: the grenadiers. She is a childhood friend of Claude, but they are currently not in speaking terms.

Raz belongs to the ethnic group known as the ‘Darcsen,’ just like Isara in the original game. His excellent performance in the battlefield has earned him the nickname of ‘Immortal Raz.’ Finally, the sniper Kai Schulen is a childhood friend of Claude and Raz, and has earner herself the nickname of ‘One Shot Killer.’

Earlier this month we also got a trailer of the game depicting the regions of the Europan Continent where the new entry takes place, and also a preview of the crossover DLC featuring the cast of the original Valkyria Chronicles.

Valkyria Chronicles 4 launches on March 21 in Japan for PS4, while it will be released worldwide for PS4, Xbox One, and Nintendo Switch this year. Watch the new trailer below.