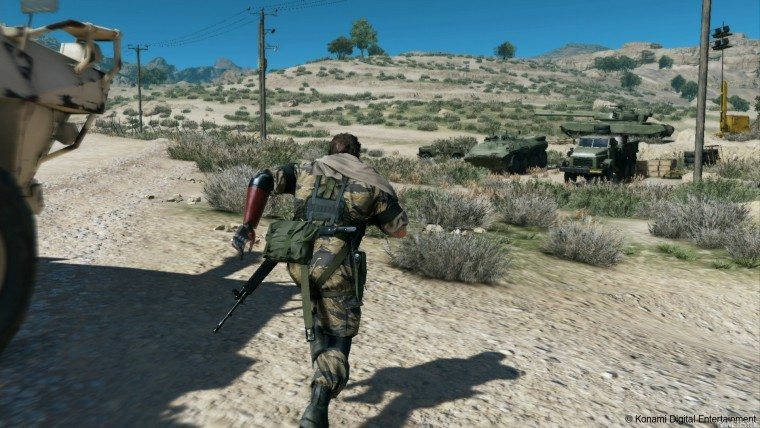 Hideo Kojima has shared an interesting dilemma he is currently facing with Metal Gear Solid V: The Phantom Pain.

Kojima expresses that Metal Gear Solid V: The Phantom Pain is a true open-world video game. However, he feels having too much freedom to tackle your missions can become problematic sometimes. He thinks the experience could get incoherent with too much freedom. This is something he’s trying to solve at the moment.

Kojima tweeted about this thoughts trying to explain his current problem with Metal Gear Solid V: The Phantom Pain’s gameplay:

“MGSV allows you free stealth mission in open world. Not only broad map but also infiltrate routes/transport methods depends on you. We must compensate spontaneous freedom in order to avoid in-coherency. What I’m doing right now is to solve such problem. Let’s say we plan on climbing mountain. We start from preliminary investigation, training, mapping, getting gear, simulating before action. But unexpected happens (different map, bad weather, dead-end road, wrong gear, thin air, someone gets sick) when actually climbed. It is the same as game/movie creation. We encounter many various problems during dev from big to small but it never completes unless solving this problem. No point/choice of return. It’s only how we beat our brains out and aim the top of the target, that’s the best part.”