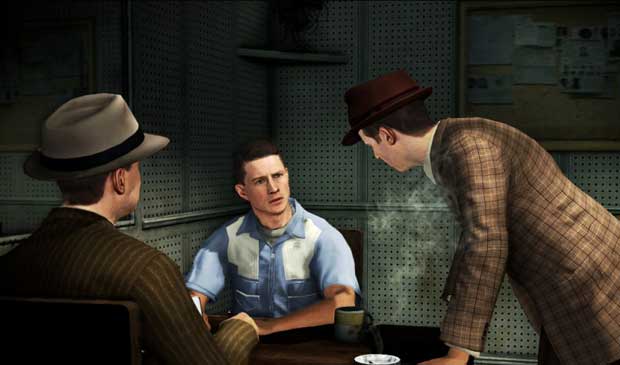 Rockstar has just announced that LA Noire is heading to the PC this fall.  Rockstar Leeds will be in-charge of the development process (port) of the game, and it’s said to run a wide range of PCs.  The PC version of LA Noire is said to feature a “robust” set of customization options, which include, keyboard re-mapping and gamepad functionality.  The game is said to also be an upgrade to the graphical fidelity of the title, which also incorporates 3D support.

LA Noire which just recently released for the Xbox 360 and PlayStation 3 has sold over 4 million copies on the console, and was in-fact a pretty awesome experience.   L.A. Noire is a gritty, single player detective game set on the infamous streets and in the smoke-filled back rooms of post-war Los Angeles. Designed and developed with a nod to the classic film noire movie genre, L.A. Noire blends crystal clear graphics that bring the iconic look and feel of the era to life, with a combination of innovative technology and unique gameplay that allow you to solve crimes through interrogations and investigation. Additional features include: five LAPD based crime desks to work, the ability to analyze the case as well as suspects for clues, an accurate block-by-block recreation of eight sq miles of 1947 Los Angeles, multiple difficulty settings and more.