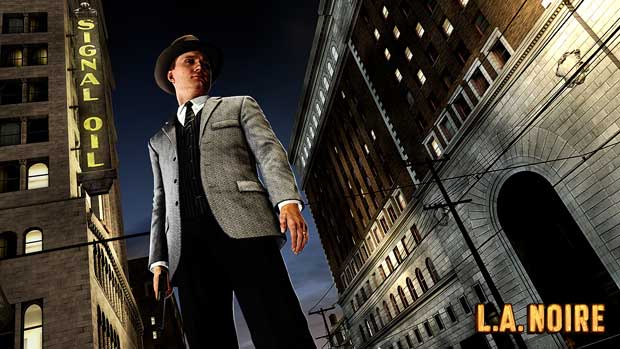 LA Noire’s release is just around the corner, and guess what that means?  That’s right, you get your launch trailer a little early for Rockstar and Team Bondi’s open world detective game set in 1940’s Los Angeles.  As usual, LA Noire’s graphics make a strong case for your attention.  Have a look at the trailer below, and you’ll see what I mean.

L.A. Noire is a gritty, single player detective game set on the infamous streets and in the smoke-filled back rooms of post-war Los Angeles. Designed and developed with a nod to the classic film noire movie genre, L.A. Noire blends crystal clear graphics that bring the iconic look and feel of the era to life, with a combination of innovative technology and unique gameplay that allow you to solve crimes through interrogations and investigation.

Additional features include: five LAPD based crime desks to work, the ability to analyze the case as well as suspects for clues, an accurate block-by-block recreation of eight sq miles of 1947 Los Angeles, multiple difficulty settings and more.