The latest news in the world of video games at Attack of the Fanboy
March 29th, 2017 by Joel Santana 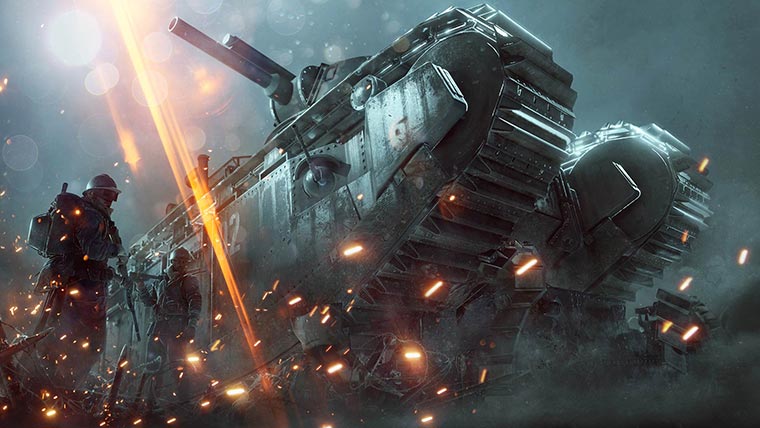 With Battlefield 1’s first expansion DLC “They Shall Not Pass” that sees the World War 1 shooter include some of the harshest battles of the war and the inclusion of the French army and more now available to everyone regardless if you’re a Premium Pass member or not. The game faces one problem that plagued the previous Battlefield titles whenever they launched a new DLC, where the community is split up due to them not having access to these new maps.

However, it seems that DICE has something that will hopefully tackle this issue with their latest feature that will arrive to Battlefield 1 soon. Which is none other than the inclusion of “Premium Friends”. That will allow those who don’t own the expansion DLC’s for Battlefield 1 be allowed to play the new maps alongside with their friends. Only as long as someone in their in a party is a Premium Pass member for Battlefield 1 to grant them access to these maps.

While being able to play the new maps without having to purchase them is great, DICE has also outlined some important restrictions such as players who get access to these maps via Premium Friends won’t be able to unlock the new weapons nor gain XP.

You can check all the details below:

According to the article on the official Battlefield website, this new feature is expected to go live during the next Battlefest event that will start on March 30.

For more information regarding the first of many expansion DLC’s set to arrive Battlefield 1, feel free to read our review for They Shall Not Pass.