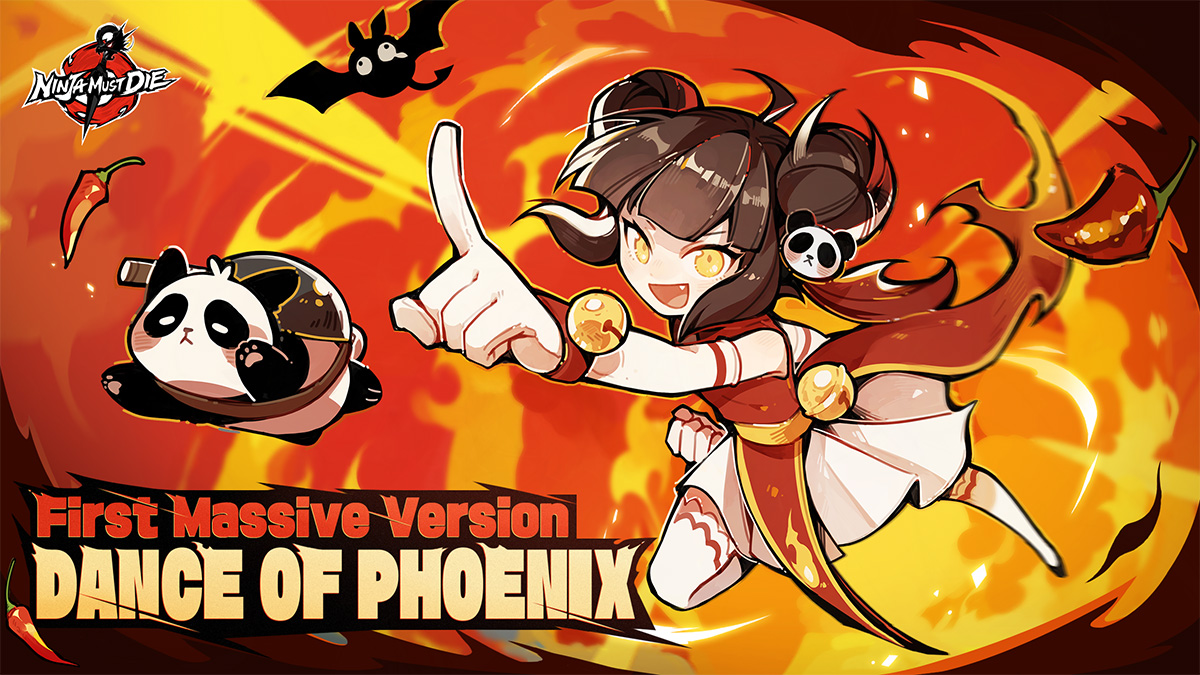 This article is sponsored by Ninja Must Die. Play it for free here.

Ninja Must Die has become one of the most popular mobile combat runner titles since its release. In this game, you take the role of your favorite Ninja, and your goal is to save the world from Samurai and dark Onis. The main highlight of Ninja Must Die is its uniquely designed ink-style world and the combination of intense action and side-speed running.

The first major update of Ninjas Must Die, Dance of Phoenix, has been released recently, and it has added a brand new protagonist, Pepper, to the existing list of four Ninjas. She is a vicious little girl, and her double buns make her look cute; however, don’t let that fool you, as she has a very hot temper and can be really destructive.

Not only this, Pandada Games has also released her skin, Festival Pepper, which lines in perfectly with her energetic smile, and you can grab it right now in the game.

Pepper is the descendant of the Diving Flame Clan, and Seikei saved her after she lost her family right after her birth. She was holding a chili in her hand while Seikei was rescuing her, and hence she got the name “Pepper.” Ever since then, she has been very fond of chili and likes to collect spicy ingredients, and not only this, but she is also a great cook.

After she grew up, she joined ninjas in Ninja Village to find out about her origins, and even though she was not an expert in Ninjutsu, no enemy could ever stop her from executing them. If you want to explore more about Pepper’s life and her background, you can participate in the new Sidestory Stage that features her exclusive storyline whether you have her or not.

Pepper has a great foundation of Taijutsu, and using her natural talent, she can triple jump, allowing you to easily escape enemies’ attacks and navigate quickly through obstacles. In addition to this, as mentioned above, she is still learning Ninjutsu, and thus, this is her learning ability in the game. Once activated, it can generate a high breakout of fire, which will cause a massive amount of damage to any boss she is close to.

More on Attack of the Fanboy :
Ninja Must Die Sponsored