LeBron James Is Headed to Fortnite

The King has arrived in Fortnite. 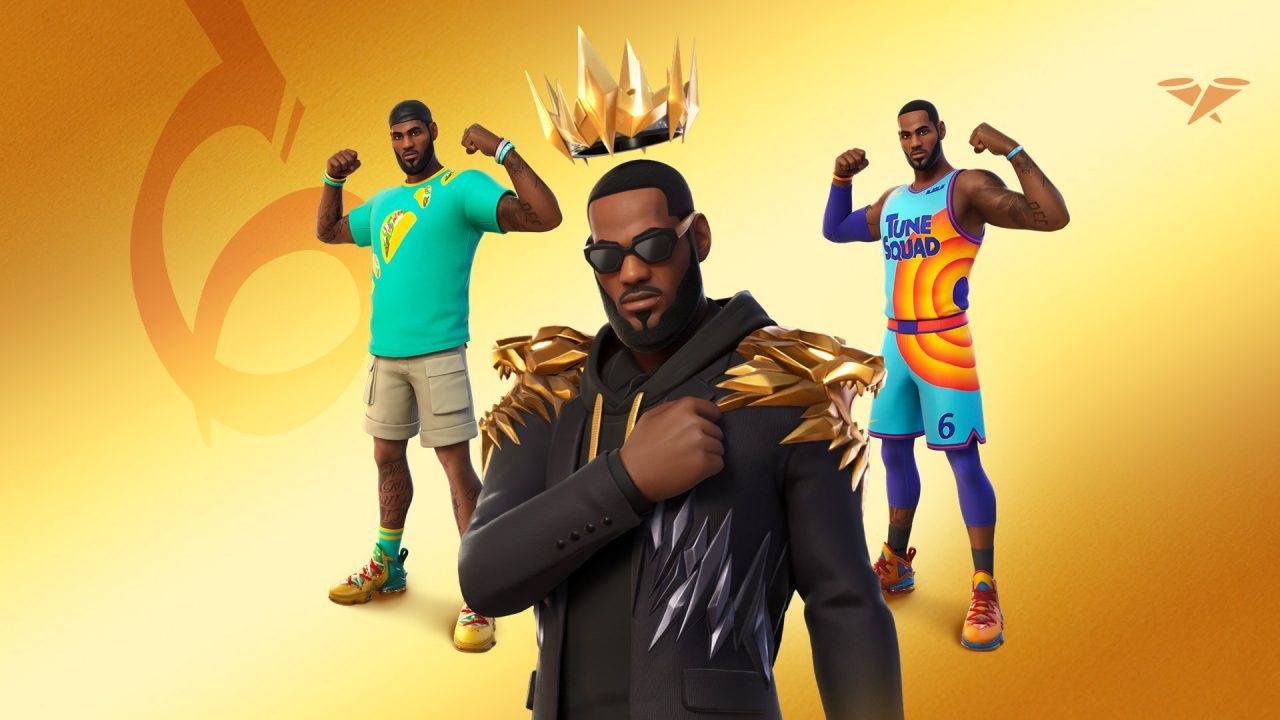 Lebron James has officially shared the reveal of his long-awaited Fortnite skin, which will be available for players to purchase starting on July 14th. Rumors swirled about the NBA star’s appearance in the game after internal documents at Epic’s trial against Apple revealed that the company was planning to bring LeBron into the world of Fortnite through its Icon Series. LeBron will be receiving multiple skins, with the first being called LeBron James. This features gold-plated shoulders and a floating crown above his head. He also dons all of his championship rings, one for each of the NBA Championships he has won over the course of his career.

The other skin is LeBron in his Tune Squad jersey, just in time for Space Jam: A New Legacy, which releases this Friday, July 16th, in cinemas worldwide and on HBO Max. This skin also features a Taco Tuesday variant, something LeBron is known quite well for. There will also be a pickaxe, titled The Lion Pickaxe, a glider titled the Wingspan Glider, and an emote called The Silencer. Each of these items as well as his outfit feature progressive sliders, allowing players to truly customize their LeBron and make it their own. Both outfits will feature the upcoming Nike LeBron 19s, which are yet to be released anywhere but Fortnite.

Epic Games detailed everything that would be coming in their post on the official Fortnite website, and we encourage you to read through it as well. You can check out the reveal trailer for his inclusion in the massively popular Battle Royale below. For all the latest walkthroughs surrounding the weekly challenges in the game, check out our guides for all your needs. The LeBron James set, the latest from Fortnite’s Icon Series will release in the game on July 14th at 8 pm CT.