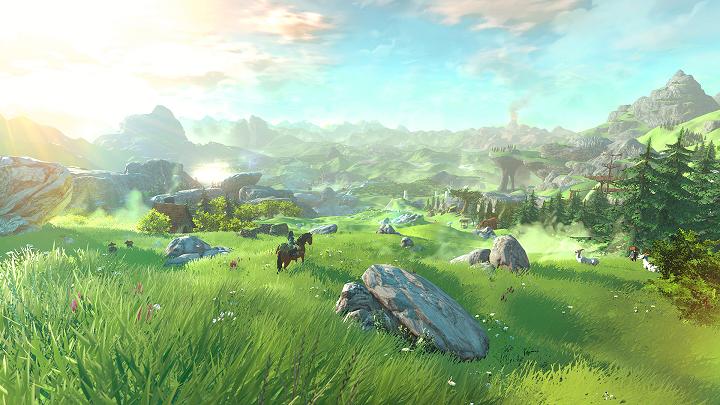 E3 is always one of the biggest events in gaming each year where companies get to show off their upcoming games and systems, but Nintendo has taken an interesting approach the last few years. In lieu of a traditional conference, they have been doing digital events while still having a full floor of some playable games. However, they are switching it up once again this year by going all in on The Legend of Zelda Wii U.

Earlier tonight broke the major news that the Nintendo NX was going to be releasing in March 2017, with The Legend of Zelda for Wii U being delayed until then and also releasing on NX at the same time.

It was also said that the NX would not be at E3 2016 at all, but perhaps the even more shocking news is that Nintendo has now said that The Legend of Zelda Wii U will be the only playable game at E3 this year. This news came courtesy of a press release that said the following:

“Nintendo changes its approach to the show every year. This June, Nintendo will focus its attentions on the upcoming game in The Legend of Zelda series. The Wii U version of the game will be playable for the first time on the E3 show floor, and it will be the only playable game Nintendo presents at the show, in order to provide attendees a complete immersion. Additional information about Nintendo’s E3 plans will be announced in the future.”

This is rather surprising as Nintendo has to have some games coming later this year, with Metroid Prime: Federation Force being one that is definitely still coming beyond E3, which was just shown off at PAX East, and likely Paper Mario: Color Splash coming later as well.

It will be interesting to see what exactly Nintendo means by “complete immersion,” but it appears we’ll be getting tons of The Legend of Zelda Wii U then. The only thing that will be weird is that this is likely going to be a lesser version than the NX one, so they will be spending time showing the possible inferior version only. Maybe they will surprise us all and give a trailer that shows the graphical capabilities of the NX for Zelda, but I wouldn’t bet on that happening.

Legend of Zelda Wii U Nintendo
We're Looking For Contributors