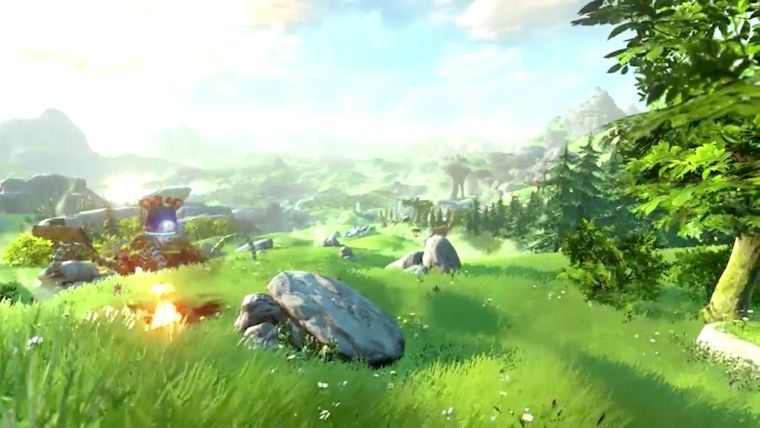 While the game isn’t set to release until sometime in 2015, The Legend of Zelda for the Wii U is still one of the most highly anticipated games on the horizon for gamers. Not only because it’s the next entry in the long running The Legend of Zelda series, but the game is boasting an incredible open-world experience, which series producer Eiji Aonuma says is unlike any other game, as we told you yesterday from his interview with EDGE Magazine. Now, the full interview has been released and Aonuma makes a very interesting comparison to the classic The Legend of Zelda for NES, which we have full quotes of thanks to Zelda Informer.

“In the original Legend of Zelda, there was no clear way to lead the character to his goal. The player was trusted to find it by themselves. As game worlds became more complex, we had to point players in the right direction. Consequently progress becomes more linear. To recreate an experience similar to the original, the world needs to have a simple structure that players can understand intuitively. We need to make each part of the world real and connected so it doesn’t look fake. We also need a game map that depicts the world as it is. The gamepad is very effective for this. Innovations in this game are only possible due to Wii U hardware.”

Looking back at the past is an excellent start for the series, as it would be great to see some of the past innovations from the 2D The Legend of Zelda games make it into this new 3D adventure. Speaking of the 2D Zeldas, Aonuma also referenced the item rental system from The Legend of Zelda: A Link Between Worlds and the response he received from it, which builds on the belief that they must use the past to shape the future of the series.

“I think the rental system in ALBW had the effect of changing how the game progresses. However, there were quite a few complaints from players who felt let down that it lacked the classic zelda element of exploring dungeons to get items that gradually let you do more. Empathy and growth are important elements in Zelda games and acquiring new items in order to reach new areas was an element of gameplay related to growth. I realize that in order to satisfy all players, we must not only come up with new ideas, but also include something that allows the player to experience enjoyable elements from older titles in the series in a new way.”

Since the development team is using the past as a guide for The Legend of Zelda Wii U in some ways, what other classic elements would you like to see implemented Link’s next journey?