The latest news in the world of video games at Attack of the Fanboy
May 9th, 2017 by Kyle Hanson 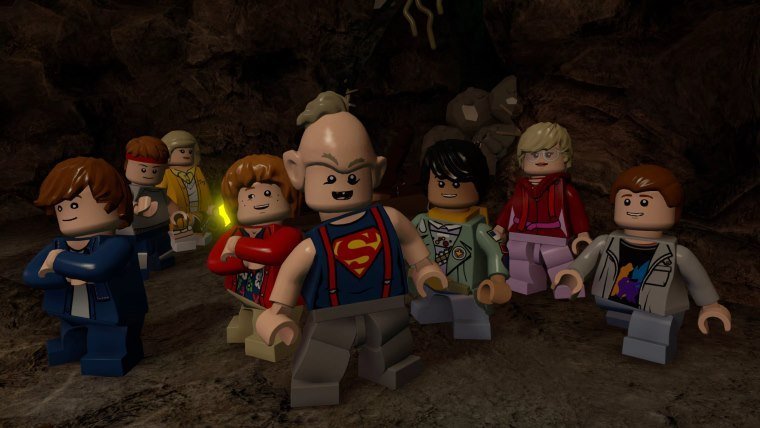 LEGO Dimensions, the toys-to-life series, is still going very strong, with WB releasing their latest wave of figures into stores today. LEGO Dimensions Wave 8 adds the highly anticipated The Goonies set, along with some additional figures for Harry Potter and LEGO City Undercover. Read on to find out all about this latest wave, and check out the video below for more on The Goonies.

All told, three new expansions will be available today for LEGO Dimensions Wave 8. “The Goonies Level Pack, the Harry Potter Fun Pack and LEGO City Fun Pack will broaden the selection of the world’s most popular entertainment brands available for the game, allowing players to customize their experience by mixing and matching favorite characters and universes with full compatibility.”

“LEGO minifigures included in the expansion packs come with special, golden Toy Tags which unlock a Battle Arena within the Free Play Adventure World of the corresponding entertainment brand. Each Battle Arena has four different gameplay modes and comes with its own traps, special powers and interactive environments that make every battle arena unique.”

The new Goonies set will be a full level pack, adding tons of new content to LEGO Dimensions for players to enjoy. In this new level players will help Chunk and Sloth escape from the Fratellis, the murderous family of criminals from the film. The pack also comes with a new vehicle, the rebuildable One-Eyed Willy pirate ship, which can “sail on water and can also be built into the Fanged Fortune and the Inferno Cannon.” There is also a rebuildable Skeleton Organ which “has Sonar Smash abilities and can also be built into the Skeleton Jukebox and Skele-Turkey for added gameplay capabilities”.

The two other sets are fun packs, which add characters, but not additional levels.