The latest news in the world of video games at Attack of the Fanboy
April 18th, 2016 by William Schwartz 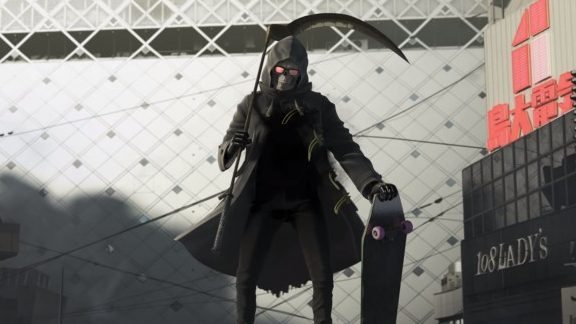 The once dormant IP by eccentric developer Suda51 (Goichi Suda), is rising from the ashes with a new teaser trailer, promising more details at this year’s PAX East 2016, from Grasshopper Manufacture. The company will be attending the Boston event along with the famed man behind such hits as Lollipop Chainsaw, No More Heroes, and Killer7 to show off the game.

A new survival-action game, Let it Die, is a brand new free-to-play title exclusive to PS4, that will allow players extensive customization options. The game was originally shown off at E3 2014, under the codename Lily Bergamo, and was set in the year 2043 with a female protagonist named Tae Ioroi. Touted as an online hack and slash title that would feature the addition of a companion app, little else is known about the mysterious title.

It’s always interesting to see what Suda51 comes up with next, and I’m sure Let it Die will deliver on the strangeness that the developer and company are known for. The game is now slated for a 2016 release date on PS4.