Here They Lie: New update Allows for Play Outside of VR

The latest news in the world of video games at Attack of the Fanboy
February 23rd, 2017 by Joshua Evans 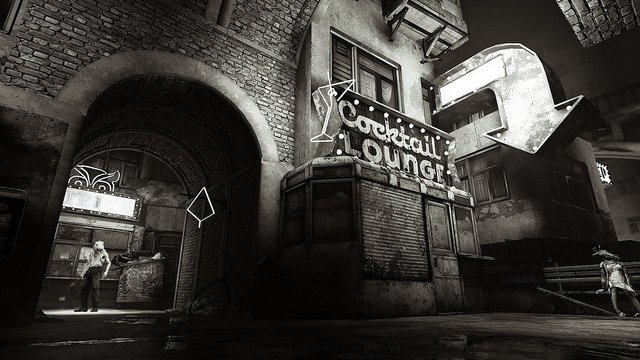 For those who felt motion sick during the PlayStation VR game Here They Lie, now you have two different fixes for the Robert Graves referencing title.

Fix number one is possibly the most interesting one. Here they Lie no longer has to be played using PlaysStations virtual reality headset, and the non VR version is free if you own the original. Good news for those who really are not on ecstatic about the whole virtual reality thing, or just do not want to go buy a PlayStation VR headset, but still want to enjoy a horror game. Here they Lie now works on the standard PlayStation 4 and the PlayStation Pro. The jury is still out on whether the game works better with or without the virtual reality shtick, especially as horror can change very easily with perspective. It seems like quite a bit of horror games are shipping over to VR platforms, so it is interesting to hear that one has actually left and gone back.

Fix number two is less of a massive change. Here The Lie’s head motion tracking and texture streaming have gotten some update related love to hopefully sort out any motion sickness issues players are having. Less of a dramatic update, but useful none the less for those who still want to enjoy the original way the game was meant to be played without feeling nauseous. Unless horror games do that to you anyways, in which case this update really can not help you.

If you have not heard of it already, Here They Lie is a horror game that served as a launch title for PlayStation VR Headset, created by developer Tangentlemen. The co director of Spec Ops: The Line was part of the team that created Here They Lie, so you know the game is going to be psychological trip.