Life is Strange: Before the Storm Developer Diary Delves into Chloe’s Character

The latest news in the world of video games at Attack of the Fanboy
July 18th, 2017 by Jennifer Locke 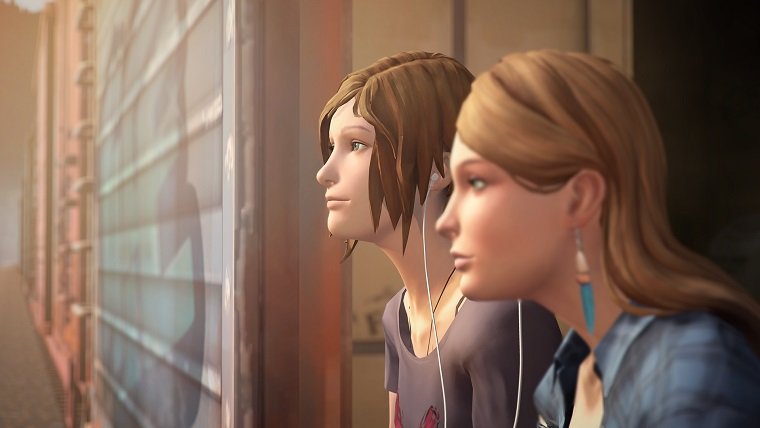 Life is Strange: Before the Storm is a prequel to Dontnod’s beloved episodic series, this time developed by newcomer Deck Nine Games. A recent developer diary from Deck Nine Games delves into Chloe’s character and her relationship with Rachel Amber.

Because of the voice actors’ strike, Ashly Burch, who voiced Chloe in all five episodes of Dontnod’s series, could not reprise her role in Before the Storm, much to the disappointment of many fans. However, Burch is still attached to this project in a different role as a writing consultant, helping shape Chloe’s character. She and Chloe’s new voice actor, Rhianna Devries, discuss how they view Chloe in the developer diary below.

Devries realizes how important it is to nail Chloe’s voice, so she took the character very personally and played her “as close to heart as possible.” She believes that Chloe is so lovable and relatable because of the rawness of her hurt and pain.

Zak Garris, the lead writer on Before the Storm, also stressed the importance of Chloe and Rachel’s relationship as they both desperately need something that only the other can provide at that time in their lives. Anyone who has played Life is Strange already knows how special Rachel was to Chloe, so witnessing their story and seeing their vulnerability and how they draw strength from each other is part of the journey in Deck Nines’ game.

Life is Strange: Before the Storm will be comprised of three episodes, the first of which releases on August 31, 2017 for Xbox One, PlayStation 4, and PC.

Life is Strange: Before the Storm – Chloe and Rachel

Deck Nine Games life is strange Life is Strange: Before The Storm
We're Looking For Contributors