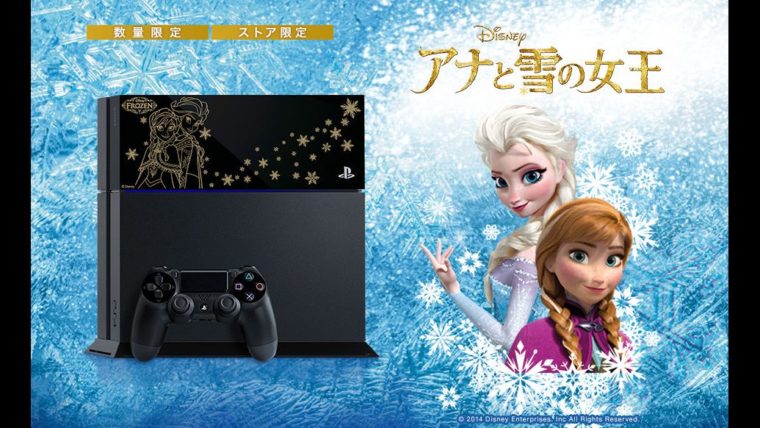 Sony saw the launch of its latest gaming endeavor just last November, so we haven’t had the opportunity to see a ton of new variations on the console quite yet. The special Destiny bundle with a white PlayStation 4 was unveiled at E3 2014, which will be releasing this September, but besides that we really haven’t seen anything, until now.

Coinciding with the release of the blu-ray later this year, Sony is releasing a limited edition PlayStation 4 in Japan, based on the smash hit Frozen. Taking the worldwide box office by storm, Frozen has oddly enough melted the hearts of even those who haven’t enjoyed a Disney movie in years. The movie has been especially successful in Japan, so it comes to no surprise that they would try to cash in on the release.

While the console is based on the movie, there is no word on if it will include a copy of the movie on blu-ray or even as a digital copy at this time. We also do not know if it will be making its way to the US at any point in the future either. The console itself is not quite as drastic as say the all white Destiny PS4, but it is a change nonetheless. I would have preferred a white color scheme with some blue mixed in, but that is just me.

Now we just have to hope that Frozen makes it into Kingdom Hearts III so we can play it on our limited edition Frozen PS4s. If this console released in your region, would you entertain picking it up at some point?