A Listing For Young Conker Has Appeared In The Windows Store 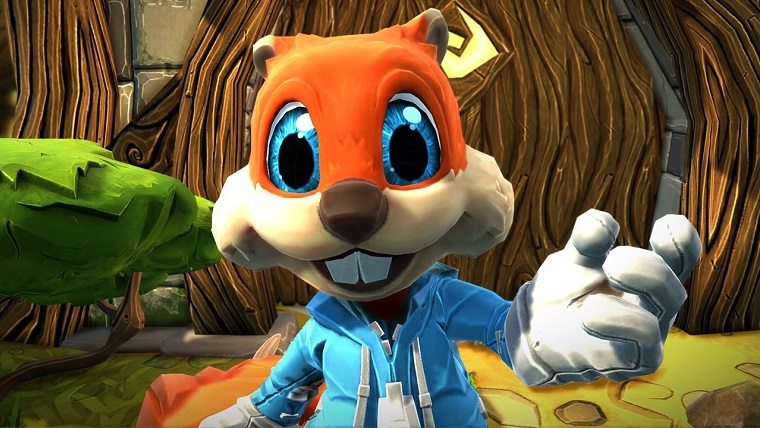 The Windows Store has had some interesting new entries added to its list, with one of them being called Young Conker. The game has just been added into the Microsoft Windows Store database alongside another gamer called Fragments, with the listings being spotted by NeoGAF.

Both of these games are linked to another app called HoloStudio, with Young Conker being rated Teen and Fragments being rated Mature. Neither of the games are accessible at this point, with no further details regarding either being provided in their descriptions.

While Young Conker certainly seems like it could be some kind of prequel or spin-off to Conker’s Bad Fur day, some users on NeoGAF are speculating that Fragments could end up being a mobile spin-off for the upcoming Xbox One-exclusive Quantum Break from Remedy Entertainment.

While Remedy’s Quantum Break will be out in a couple of months on April 5, there hasn’t been a whole lot of information regarding new games for Conker. While there was a Conker DLC for Project Spark called Conker’s Big Reunion that came out last year, the last retail release for the series was in 2005 with Conker: Live & Reloaded for Xbox. Hopefully this means that Conker is poised for a comeback sometime soon.