Looks Like Destiny 2’s Shaders Are Here To Stay

The latest news in the world of video games at Attack of the Fanboy
September 8th, 2017 by Jelani James 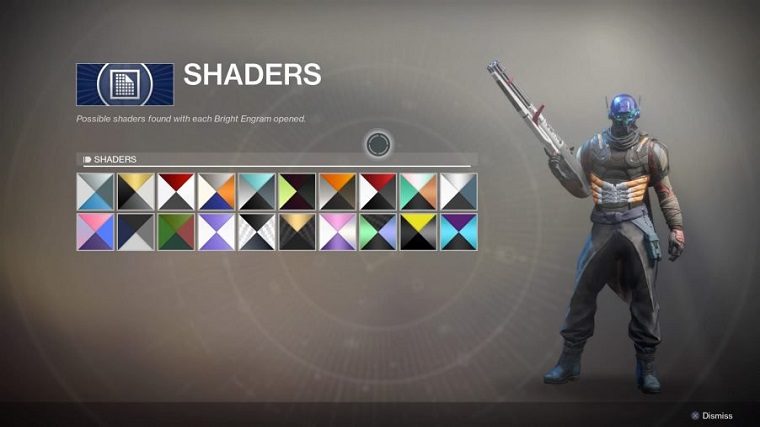 Destiny 2 has only been out for two days and it has already been embroiled in a bit of controversy. That controversy, as you might already know, is in regards to the fact that shaders are now one-time use consumables, as opposed to infinite-use like before. Unfortunately, if you had expected the fallout to encourage Bungie to change it back, you’d be wrong — Destiny 2’s new shaders are here to stay.

This revelation comes from Destiny 2 director Luke Smith who defended the new approach to shaders in a series of tweets. According to him, a core part of Destiny 2’s endgame grind will be hunting for shaders, mentioning that they’ll appear more frequently once a player hits the level cap (this fact was highlighted in an earlier article).

“Shaders are now an ongoing reward for playing. Customisation will inspire gameplay. Each planet has unique armour and Shader rewards,” he added. “With D2, we want statements like ‘I want to run the Raid, Trials, or go back to Titan to get more of its Shader’ to be possible.”

Prior to this defense, many had assumed that this change was implemented either because Bungie believed having frequent consumable drops was an improvement over rarer permanent rewards or purposely retooled shaders to fit into its microtransaction system in order to turn a profit. The reality, unfortunately, is far worse: not only was the move intentional, but it is a means to encourage players to repeatedly run certain content.

What’s more, the defense seemed to imply that shaders earned through raids and trials will be consumables too; so now not only do players have to run raids or high-end PvP events repeatedly for certain weapons or armor which may not drop, but also for shaders which may also not drop — and then run it again if they find new gear they want to apply the shader to.

So there you have it. According to Bungie, shaders are now just as important to a raid or PvP event as the weapons and gear you can get out of it, or its overall design. Of course, this explanation could just be a ruse and Bungie really is just after everyone’s money. In either case, the bottom line is that Destiny 2’s new shaders are here to stay.