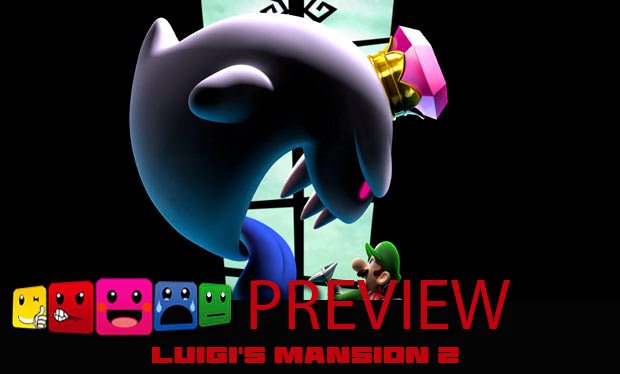 This year at Nintendo’s E3 Press Event, the company announced the return of one of the company’s most beloved titles.  Luigi’s Mansion 2 will be heading to the Nintendo 3DS and we got a chance to test drive the game on the show floor.

At an unannounced date in 2012, Luigi will return to clean out the stubborn poltergiests of the newly created mansions for the upcoming sequel.  Armed with his ghost sucking vacuum cleaner, the lean, green, ghost fighting machine plays the lead again, taking center stage to capture the poltergiests.  If you played the original Luigi’s Mansion, you’ll recall the gameplay designs of the original, and the sequel doesn’t fall far from the tree.  In Luigi’s Mansion 2, players will use a strobe mechanic to stun the ghosts, then suck them up with the Poltergust to eliminate the threat.  You’ll wrangle these ghost and can reel them in, which almost feels like reeling in a big fish if you’ve ever done so before.

As you venture through the different mansions, you’ll need to figure out how to defeat each ghost, with there being multiple classes enemies found throughout the game.  You’ll also need to figure out methods to progress through the game, be that finding a key to unlock a door, opening treasure chests, or other light puzzles that are found throughout the game.  Using the Poltergust, Luigi will be able to remove objects to reveal hidden areas and items that will help him on his adventure.

With Luigi’s Mansion 2 being on the 3DS, the game takes advantage of the 3D technology in the handheld, which brings the mansions, ghosts, and other creepy surroundings to life.  Getting the chance to run through a brief portion of Luigi’s Mansion 2 for the 3DS, it was easily one of the most promising games that is coming to the 3DS next year.