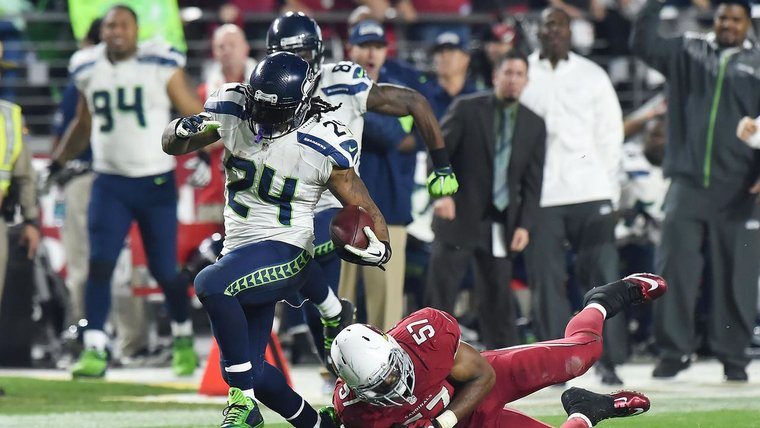 EA Sports has spent the last many weeks revealing rating after rating for the soon to be released Madden 16. This started with the top ratings at each position and then has moved onto the ratings of each team, division by division. After all this time, we have finally reached the eighth and final division, the NFC West.

The NFC West has been one of the best divisions in recent seasons, with a Wild Card representative coming each of the last three seasons. One again however, the Seattle Seahawks are predicted to run away with the division based on their ratings. Tied for the best OVR rating with the New England Patriots at 91 OVR, the Seahawks are one of the best teams in the league easily. QB Russell Wilson and RB Marshawn Lynch were a great tandem, but now they add one of the best TE in the game with Jimmy Graham to make the offense even better. The Legion of Boom led by CB Richard Sherman, FS Earl Thomas III and SS Kam Chancellor, combined with their offense will make this team one that will be very feared in Madden 16.

The Arizona Cardinals were a Wild Card representative last season, before being ousted after the injury to QB Carson Palmer. However, he is back again this year with WRs Larry Fitzgerald and Michael Floyd to throw to. The defense has been a standout in recent years and should continue to be like that with CB Patrick Peterson leading the secondary with LE Calais Campbell being one of the best in the league at that position.

The San Francisco 49ers were one of the best teams in the league just a few years ago, but saw a major drop last year, especially on the defensive side. With a new coach in place and the loss of their RB, the team is in rebuilding mode at some positions, though QB Colin Kaepernick is back under center. The addition of Torrey Smith at WR should help, alongside the always solid TE Vernon Davis. The defense returns standout MLB NaVarro Bowman, but the recent loss of Aldon Smith after yet another issue with the law definitely hurts, which might lead to a point drop when the updated roster comes out.

The last place team has been one of the weakest teams in the NFC West, but could potentially make a move this year. That team is the 78 OVR St. Louis Rams, which now has a new QB with Nick Foles and the rookie running back tandem of Todd Gurley and Tre Mason could be interesting with their combination of power and speed. The defense line should be a force with Defensive Rookie of the Year DT Aaron Donald and DT Nick Fairley, along with DE Robert Quinn on the outside.