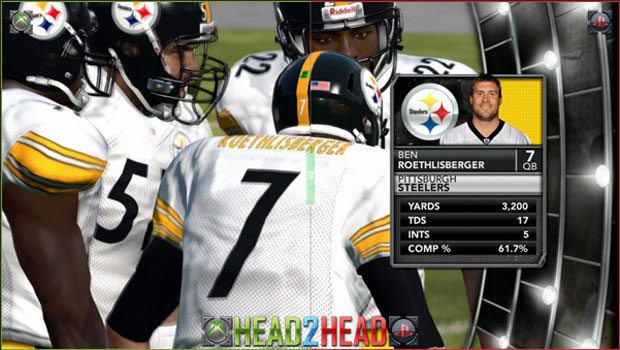 The NFL season is getting underway this weekend, and our friends at Lens of Truth have put the Xbox 360 and PlayStation 3 versions of Madden NFL 12 through their paces.  The team takes a look at the finer details of the games to get a clear picture of which football title deserves your hard earned cash.

As per their standard review process, the team takes a look at the graphics, performance, and loading times to determine a victor.  For Madden NFL 12, Lens of Truth found that the Xbox 360 version of the game is superior with additional horsepower in the graphics department.

For all the side by side comparisons, screenshots, and technical details of their analysis, head over to Lens of Truth.  The video below also shows a side by side breakdown of the game, give it a look, and lets us know what your opinion of which is better in the comments section below.