The latest news in the world of video games at Attack of the Fanboy
August 17th, 2014 by Dean James 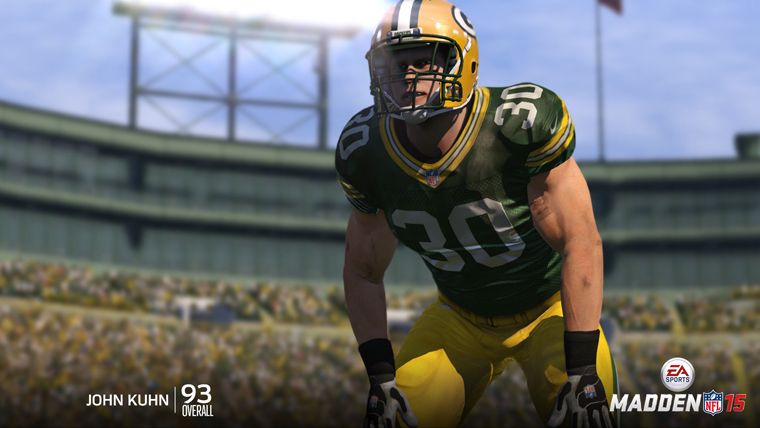 Madden NFL 15 is only a little over a week away from release, so we can’t wait for the highly anticipated latest entry in the series to release, especially with this being the first year that the next-gen versions are releasing at the same time as the last-gen. We’ve already told you about the top rookies, quarterbacks, and running backs in the game so far, and in anticipation of the release of the game, EA Sports have revealed the rankings for perhaps the most underrated position in football, the fullback.

Not every team in the league utilizes a fullback in a large capacity, but just about any top running back in the game has a solid fullback in front of him leading the way. The top rated fullbacks in the game are not just those that can block well, but also play a part in the offensive game by carrying or catching the ball out of the backfield as a rule.

The Packers’ John Kuhn is number one, which actually comes from a team without what someone would classify as an elite running back. Tending to be more of a passing team with Aaron Rodgers at the helm, Kuhn makes his presence known. The Panthers’ Mike Tolbert is also in the list, as he is the strongest goalline presence for Carolina and was one of the few fullbacks actually to be relevant in fantasy football in 2013.

You can see the top 5 fullbacks in the above gallery, with details about each from Madden’s ratings master Donny Moore as always, once again courtesy of EA Sports.