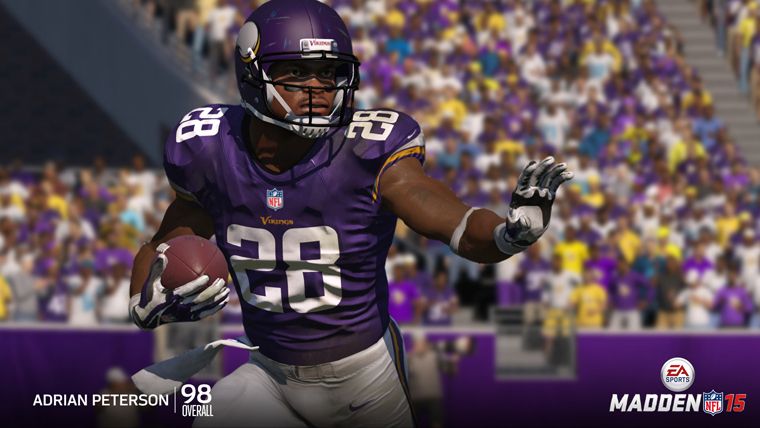 If you’ve been keeping up the last few days, you’ve likely already seen our posts about the reveal by EA Sports of the top rookies and quarterbacks in the upcoming Madden NFL 15. Quarterbacks may be the usual face of the franchise, but running backs are not too far behind, with the ability to win a game for any team by breaking through to the endzone and running the clock. As a result, we now have reached the top five running backs in Madden NFL 15.

The number one running back is no big surprise, as he’s been known as the best running back in the league for years now, which is still pretty incredible considering his battle back from an ACL injury that required surgery and had him out a year. That player is Minnesota Vikings running back Adrian Peterson. He may not have had quite the year in 2013 that he typically does, but he still continues to dominate the league on a team that has been an utter disappointment for awhile now, with no real quarterback in recent seasons.

The gallery of all five players can be seen above, with information on these ratings added directly from EA Sport’s Donny Moore, the master of Madden ratings.