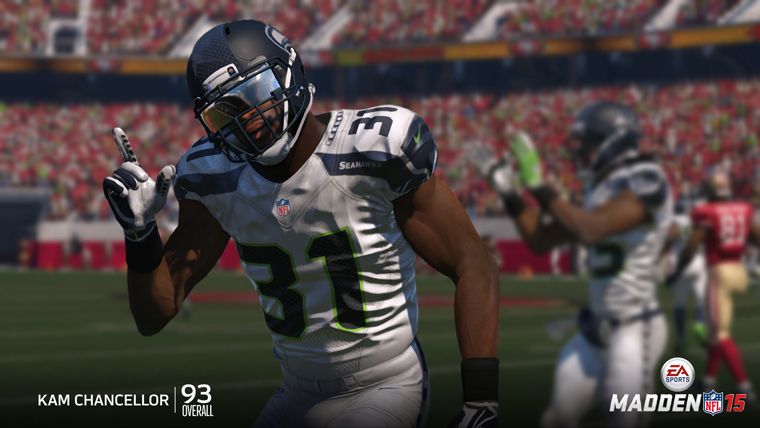 Madden NFL 15 released earlier this week and football is in the air as the college football season officially begins tonight, but with no NCAA Football game to play this year, Madden is the next best option. In honor of that start, we have another set of player ratings for you, this time taking a look at the other set of safeties, the strong safeties.

The safety position in general is almost a hybrid where you must play the pass and run both, but the strong safety is especially known for laying the boom, with the Seattle Seahawks even coining the term Legion of Boom, so it is no surprise to see a member of their team, Kam Chancellor, leading the pack at the strong safety position. Chancellor boasts a 97 OVR hit power while also having a pursuit rating of 88, so he is not one you want to be running into in the open field.

With the safeties down, we only have one more member of the secondary to go, so stay tuned for that, and in the meantime, check out the full top five strong safeties in the gallery above, including former Madden athlete Troy Polamalu, with analysis from EA Sport’s ratings master Donny Moore as always.