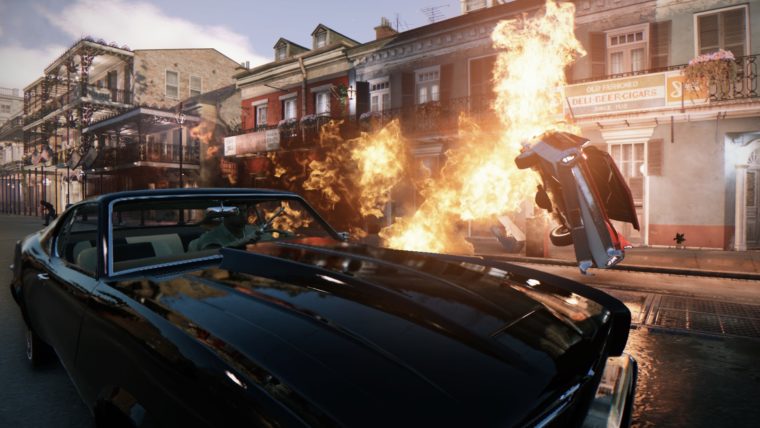 The ESRB has rated Mafia 3 this week and as expected, the game has a lot of mature content that makes it inappropriate for children to play.

Mafia 3 has received the M rating for players over the age of 17. The content descriptors are: “Blood and Gore, Intense Violence, Nudity, Strong Language, Strong Sexual Content, Use of Drugs”.

The rating summary is: This is an open-world action game in which players assume the role of a Vietnam veteran (Lincoln Clay) seeking revenge against an organized crime syndicate. As players explore 1968-era New Orleans, they complete missions that often involve taking over criminal rackets and assassinating targets. From a third-person perspective, players use pistols, machine guns, shotguns, explosives, and knives to kill enemy rivals and thugs; players can directly kill civilians and police though this may negatively affect their progress.

Combat is highlighted by realistic gunfire and large blood-splatter effects. Players can also use stealth attacks to strangle and/or stab enemies from behind. In some sequences, players engage in intense hand-to-hand combat, performing various takedowns and executions: stomping enemies’ heads; snapping their necks; shooting enemies in the mouth or head at close range.

One sequence depicts characters cutting the limbs off corpses inside a warehouse. The game contains depictions of nudity and sexual material: topless women dancing and caressing each other during a pornography shoot; a sex-party setting in which a woman performs oral sex on a man (no genitalia depicted); a male couple having sex in a bathhouse (no genitalia or penetration depicted); unlockable Playboy magazine centerfolds/covers depicting exposed buttocks and breasts. The game also includes references to drugs and drug use: a man snorting lines of drugs; missions that involve spiking liquids with LSD; depictions of a heroin-processing operation. The words “f**k,” “c*nt,” “sh*t,” and “c*cksucker” are heard. Players will also frequently experience racial epithets (e.g., “n*gger,” “g*ok”) and dialogue.