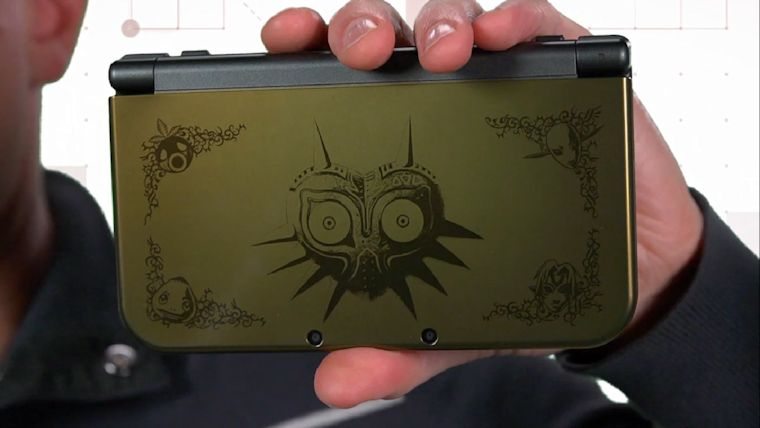 The Legend of Zelda: Majora’s Mask 3D is definitely one of the most anticipated games of the year for Nintendo fans and just as soon as we got rumors of a release date of the New Nintendo 3DS much sooner than we had expected, further rumors surfaced that said we would also be getting Majora’s Mask 3D incredibly soon as well. With Nintendo holding their first Nintendo Direct of the new year, everyone knew we’d at least find out more news on the New Nintendo 3DS and Majora’s Mask. In fact, they have revealed that all the rumors were true and that we will be getting our hands on the latest Legend of Zelda remake next month.

Making it even better for collectors, a special edition of the New Nintendo 3DS XL will be available on launch day based on Majora’s Mask, as seen above, that is bound to be a high seller.

February 13 is going to be one fantastic day for Nintendo, with the already scheduled Kirby and the Rainbow Curse on Wii U coming that day as well. Nintendo has been known to stockpile their biggest releases on one day, so we’ll see just how well it goes this time.