Many eSports Titles Deemed Too Violent For The Olympic Games

The latest news in the world of video games at Attack of the Fanboy
August 30th, 2017 by Jelani James 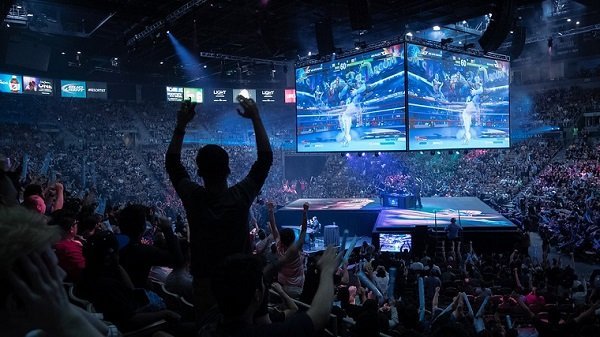 The world of eSports has developed quite a bit over the past few years. What were once niche communities, have now become somewhat mainstream, so much so that there were talks of them appearing at the 2024 Olympic Games at one point. Unfortunately, following a recent interview with the International Olympic Committee President Thomas Bach, it appears there is one important facet of many eSports titles that nulls their chances of appearing at the Olympic Games: violence.

“We want to promote non-discrimination, non-violence, and peace among people,” he said. “This doesn’t match with video games, which are about violence, explosions, and killing. And there we have to draw a clear line.”

This means that big name titles such as League of Legends, Street Fighter V and Counter Strike: Global Offensive and other titles within their genres are almost certainly off the table. However, despite many of the more popular titles being automatically barred from entry, Bach still notes that discussions about an eSports division at the Olympics Games are still ongoing.

“These discussions are going on. It will still take some time because this industry is now shaping itself,” he reveals. “It’s a successful industry, but it is not yet really established in an organizational way.”

Of course, this then begs the question of what games would make an appearance at the Olympics. As it turns out, it would be the ones that aren’t too different from the ones that are already featured in an organized and professional setting, such as football (Madden) or basketball (NBA 2K) — so long as the gameplay is at a high enough level.

“So if ever somebody is competing at playing football virtually or playing other sports virtually, this is of high interest,” he adds. “We hope that, then, these players are really delivering sports performance. If [fans] at the end would even play the sports in the real world, we would even be more happy.”

Unfortunately, even if the violence concern is addressed, there are still various hurdles that need to be cleared by those within the community. Among others, Bach cites the lack of industry regulators and standardized rules around issues like illegal performance drugs, and that a certain titles could disappear altogether if the parent company goes under or moves on from said product.

So, long story short, eSports appearing at the Olympic Games is still a possibility, but there’s still a long road ahead.