The latest news in the world of video games at Attack of the Fanboy
June 20th, 2014 by Kyle Hanson 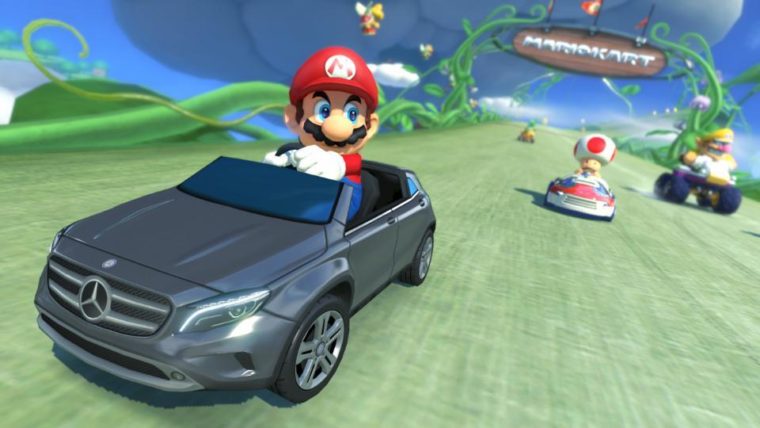 Previously announced only for Japan, the Mario Kart 8 Mercedes-Benz DLC will be available in North America and Europe this Summer. The new kart is based on the Mercedes-Benz GLA-class SUV, and will be offered as a free download to all Mario Kart 8 players.

This partnership likely comes as Nintendo attempts to leverage their intellectual properties in more creative ways than they have in the past. While it might feel like some heavy product placement, it is a totally optional add-on. If you are not a fan of cross-promotion of this sort then you simply need to avoid downloading the pack and you will continue to have the original Mario Kart 8 experience.

No other DLC has been announced for Mario Kart 8 at this time, but this release does raise hopes of future add-ons. We at least know that additional karts are possible, so more could be coming later. Whether new characters can also be added to the game is something a lot of gamers would like to know. Mario Kart 8 boasted a 30 character roster, but with many of them being minor modifications of other characters a lot of people were hoping for a wider variety to be added through DLC.

Mario Kart 8 released on May 30th, 2014 exclusively for Wii U. Since release it has received almost universal praise from critics and players alike. Sales of the Wii U have seen huge spikes as well leading many to speculate that the Wii U could be headed toward a recovery period soon.