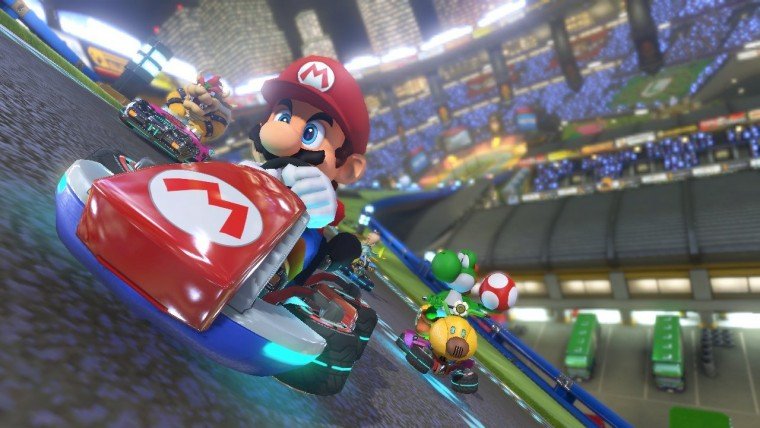 If you live in North America, you’ll be happy to know that Mario Kart 8 toys are now available to get at McDonald’s.

Whether you are a kid (or even adult), you can head over to McDonald’s right now to get seven cool Mario Kart 8 toys and a visor. If you buy a Happy Meal, you can score one of the toys for free. Alternatively, you can purchase the toys separately for just $1 each.

Here are the toys that are available:

The promotion starts from July 4th until July 31st. You only have one month to be able to collect them all. If you are a huge fan of Mario Kart 8, I suggest to race to your nearest McDonald’s right now. Too bad it’s only in North America, as it would have been cool if they were available elsewhere.

Mario Kart 8 has been the Wii U’s most successful game. It was announced recently the game has managed to sell over 2 million copies already. An impressive feat considering only just under 7 million households own a Wii U. The game also spawned the infamous “Luigi Death Stare” meme.

Will you be willing to collect all the toys?