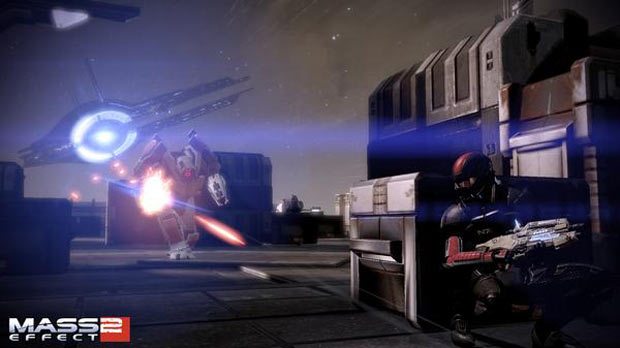 A deep cover agent is missing in Batarian space, after reporting evidence of an imminent Reaper invasion. Shepard must travel to the edge of the galaxy, rescue the agent, and discover the truth behind the Arrival. Uncover new research and 3 new achievements in this spectacular new adventure in Mass Effect 2 DLC “Arrival”.

The DLC is available tommorrow, and rumor has it that the DLC lasts around an hour.  According to users on the Bioware forums, who may or may not be banned already:

Okay so yeah. The DLC is okay, it’s not as amazing as Lair of The Shadow Broker. But it sets things up awesomely for ME3.
I didn’t feel like I was playing My Shepard. I felt like I was watching another version of Shepard. The music was very amazing and Jack Wall-esque. 7 out of 10.