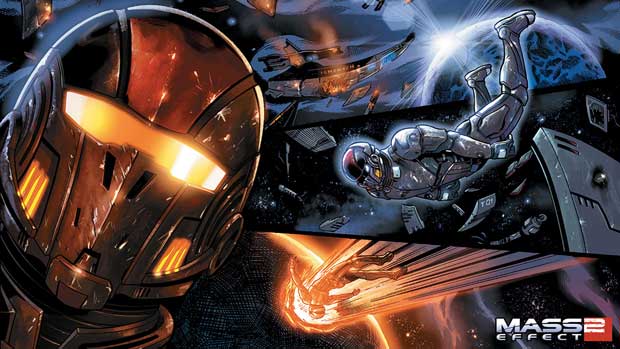 When Mass Effect 2 released on the PlayStation 3 it came bundled with a comic called “Genesis”.  This comic is now available for download on the Xbox Live Marketplace.  Mass Effect 2: Genesis is a heft piece, it comes in at almost 230 MB, it’s also not free.  The content will run you 320 Microsoft Points if you want what PlayStation 3 gamers got for free when the game crossed over this January. Then again, most PlayStation 3 gamers needed the comic to bring them up to speed considering there was no Mass Effect on their console.

This digital comic back-story was created by BioWare and Dark Horse comics. The 15 minute interactive experience allows you to make the key choices of Mass Effect 1. This retelling will also let you have those choices reflected during Mass Effect 2.

This interactive comic will allow you to make some important decisions that lead into Mass Effect 2, which is basically the Cliff’s notes of Mass Effect 1.