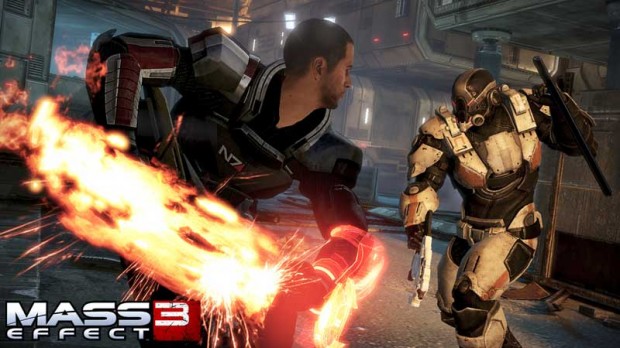 Bioware has announced that not only will there be a Mass Effect 3 demo, but that Battlefield 3 players will be “among the first” to get access to the game.  As you may already know if you purchased Battlefield 3, the game comes with an insert that doubles as an invitation to the multiplayer portion of the Mass Effect 3 demo.

In November and December EA claims that there will be other ways to get into the demo, which is said to include a single player portion and a sneak peak at the Galaxy at War online part of the game.  This will be the first ever look at the multiplayer portion of the franchise.

“The key to saving the galaxy is the “Galactic Readiness” level, measured by Commander Shepard’s ability to apply every possible asset – people, weapons, resources, armies, fleets – in the final battle against the Reapers… Players can impact their game’s Galactic Readiness level in multiple ways via the Mass Effect 3: Galaxy at War system, including multiplayer. Other platforms and interfaces will be announced in the coming months.”  Chris Priestly explained on the official Bioware forums.

Mass Effect 3 is scheduled for a March release, but be on the lookout for ways to access the content early.