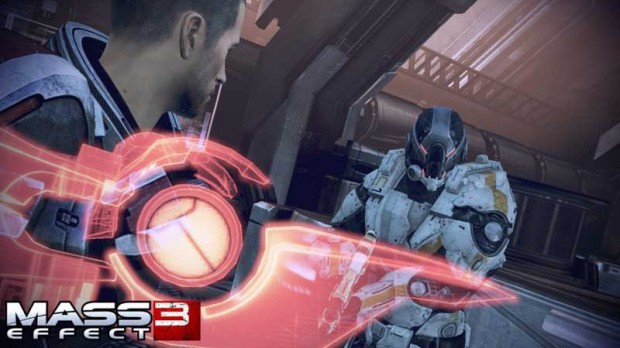 RecentlyXbox 360 World highlighted on the cover of their publication that Mass Effect 3 would include multiplayer, though digging deeper into the magazine you’ll find that the statement is unfounded and based on past speculation.  Disappointed readers of the magazine posted that there were no new details about a multiplayer mode for Mass Effect 3.  In fact, there was little to no information about Mass Effect 3 in the magazine at all.

Despite having ‘Multiplayer!’ written on the front cover, there is only a 2″ by 1″ box on one of the pages discussing MP, and as you can see from previous post it is nothing we haven’t already heard.

If Mass Effect 3 is to have multiplayer, it looks like we’re going to have to wait a bit longer for official confirmation from EA themselves.  The developer has shot down rumors about multiplayer for the sequel in the past, due to not having a viable way to include the new mode.