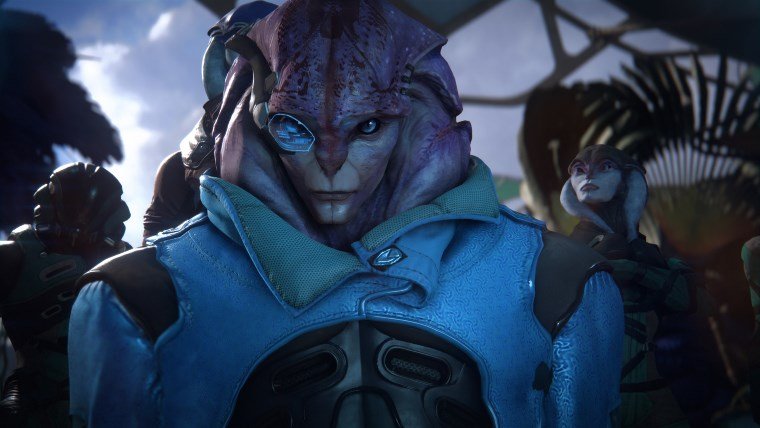 The next big Mass Effect: Andromeda patch is coming down the pipe, promising some changes to key areas of the game. Mass Effect: Andromeda Update 1.08 will offer an improved character creator, as well as more romance options for male Ryder characters. That’s not all that it will do though, so keep reading for highlights from the official patch notes.

In regards to the improved character creator, Mass Effect: Andromeda Update 1.08 will add two new heads to choose from,one for each gender. Complexion and skin tones will also be expanded slightly, giving players more options as they craft their specific Ryder. And if you’re worried that your current Ryder isn’t what you want, Bioware has you covered. “For players wanting to adjust their look mid-game, we added the ability to change your character’s appearance onboard the Tempest.”

And if you’re playing as a male Ryder character you’ll have an additional romance option available to you. Jaal will now be open to romance from male Ryder as well as female Ryder. According to Bioware there were several reasons for this change, including male Ryder having limited same sex romance options.

“Scott Ryder did not have a same-sex squadmate available as a romance option, nor could the achievement for completing three romances be achieved with only male same-sex partners,” explained Bioware. “And as the angara have expressed their fluidity in how they perceive gender, it seemed only natural that Scott could have a relationship with Jaal.”

Some other big changes from Mass Effect: Andromeda Update 1.08 include: “Dialogue for Hainly Abrams was adjusted to change the flow of personal information she discusses with Ryder. Fixed issue with Nomad upgrades Shield Crafting quest. Nexus level and cryo pod points are retroactively granted. And vendors now carry weapon mods for Level 60-71 players.”

There are also changes coming to multiplayer, such as “Stealth Grid challenge now increments properly. Fiend no longer sprints when within 10 meters of target, and will decelerate to base speed. And enabled movement correction during Fiend attacks to reduce incidence of players seeing Fiends attacking in the wrong direction.”