Master Chief in Gears of War 3, Only in Your Dreams

The latest news in the world of video games at Attack of the Fanboy
May 1st, 2011 by William Schwartz 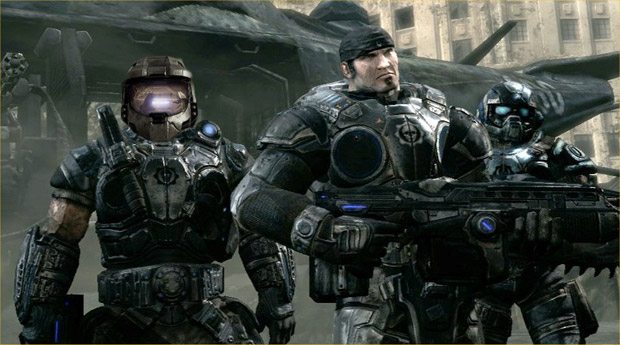 “I actually approached Microsoft on getting Master Chief into the game, but those guys are kind of squemish.”  “One of Halo’s successes is that it’s a soft M.  Gears pushes it further. I’m creatively comfortable with that, though it can limit what you do.  If you had to break it down, I’d say that Gears is like Mortal Kombat and Halo is like Street Fighter.”

“If we were to get Master Chief, we’d get his model, put him in a COG suit, make it blow up, and do some test animation work.”  “We’d have to see what his head looks like being blown to smithereens or how his arm would look getting sawed off.  Then we’d package up the test footage, put it on YouTube, and let the fans get a kick out of it because everything is meta these days.”

Eventhough we won’t be seeing a cameo from everyone’s other favorite hero on the Xbox 360, aside from Marcus Fenix of course,  the developer noted that there will be plenty of Easter eggs to keep you busy when Gears of War 3 launches this fall.

Home / Game News / Master Chief in Gears of War 3, Only in Your Dreams