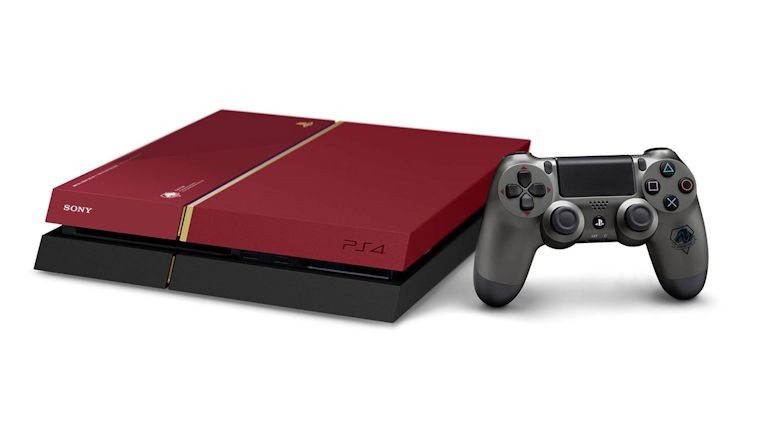 Metal Gear Solid V: The Phantom Pain finally received its much awaited release date earlier this week for September 1, but Konami didn’t stop there. We already told you about the reveal of the game’s official boxart, as well as both the Day One and Collector’s Editions. That is not all however, as Konami and Sony Computer Entertainment have officially revealed a Metal Gear Solid V: The Phantom Pain Special Edition PS4.

Based off Snake’s bionic arm in the game, this special edition Metal Gear Solid V: The Phantom Pain PlayStation 4 console sports a red coat on the top half and the typical black on the bottom. The console is then detailed with a gold strip, logo, and text on the top, which goes very well along with the red and black. The controller is based off of the color of Snake’s gun as well.

No price or other details were revealed at this time, but as of now it appears like this Metal Gear Solid V: The Phantom Pain PS4 might be an Asian exclusive. Japan has gotten its fair share of special editions that never made their way to the West, but hopefully this is not one of those. I personally know I would be interested in this special edition console, so hopefully we’ll have a chance to buy it as well.