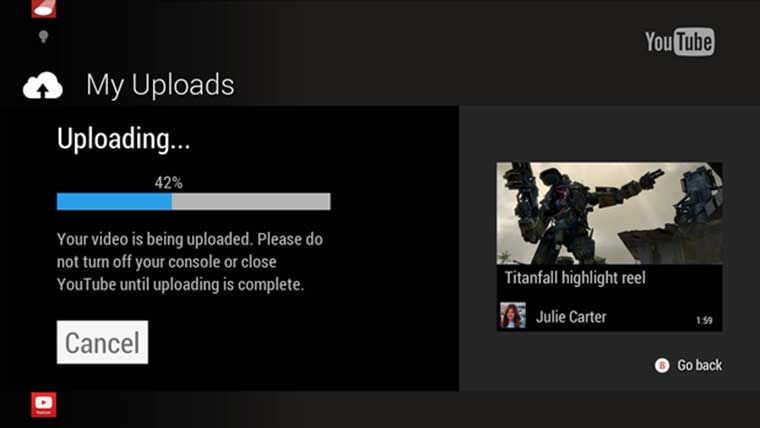 The YouTube app on Xbox One is getting an update this week that allows for uploading to the popular video sharing site. As was previously rumored, Xbox One users will be able to capture gameplay footage on the Xbox One, and then using the YouTube app on the console, upload that footage to their YouTube channel.

Clips can be edited in the Xbox One’s Upload Studio program, saved, and shared with the click of a button.

The update to the YouTube app on Xbox One will also allow users to watch videos in Snap Mode, give individual YouTube channels priority placement on your dashboard with Pins, and other features outlined on the Xbox Wire.

Look for the functionality to arrive this week.