Microsoft Does The Impossible With Halo 5: A Flawless Online Launch

The latest news in the world of video games at Attack of the Fanboy
October 27th, 2015 by William Schwartz 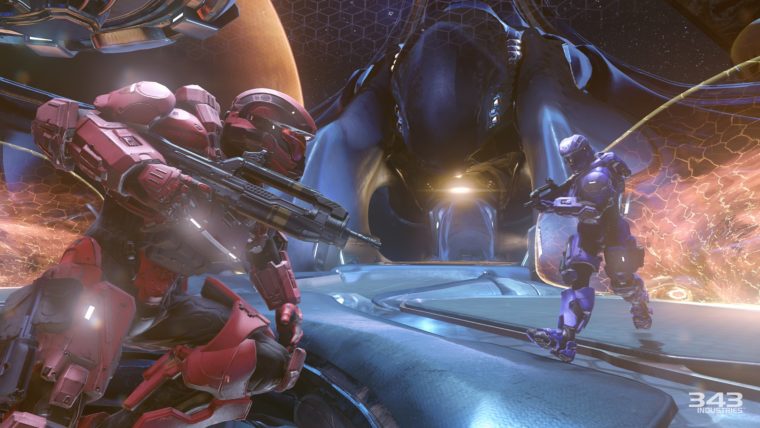 It doesn’t matter where you look, games have been launching broken a lot lately.  Especially games with heavy online components.  Microsoft themselves know this all too well with the frustratingly bad launch of Halo: The Master Chief Collection in 2014.  That game saw a launch that rendered the game virtually unplayable for weeks and months after release.  Because of that, Halo 5: Guardians warranted some skepticism on whether or not 343 Industries could pull it together for this all-important exclusive for the Xbox One.

Normally, about this time, message boards are full of ire with disgruntled fans wondering why they can’t play what they’ve just plunked down their hard earned cash for.  Publishers are busy crafting announcements and acknowledgments of said issues, and the waiting game begins for patches and fixes.

Microsoft has done the seemingly impossible with Halo 5: Guardians, they’ve made a game that works as it should from the very beginning.  As soon as the clock struck midnight eager Halo fans have been able to play the game they’ve been waiting for, with little to no issues in terms of matchmaking, lag, or the other problems that plague even the biggest game releases.

Of course, there’s still time for things to go awry.  But we’re going out on a ledge here to say that Halo 5: Guardians’ online modes are stable, playable, and entirely enjoyable.  We’ve been extensively testing the game since midnight last night and haven’t encountered a single issue, error, or disconnection from the game.  Dedicated servers probably play a big role in this stability, and while many have laughed about the “power of cloud,” Microsoft’s investment in this is paying big dividends for Halo fans.

You can check out our review of Halo 5: Guardians here.

Home / Game News / Microsoft Does The Impossible With Halo 5: A Flawless Online Launch