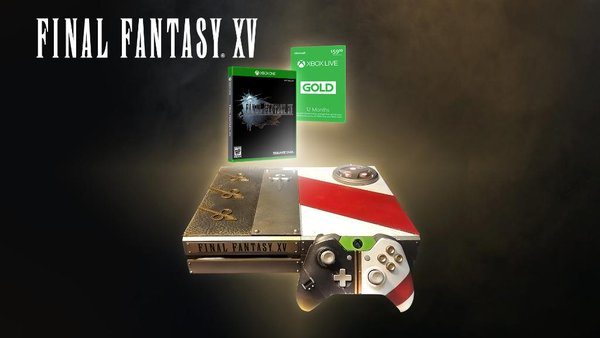 Microsoft is giving away a special Final Fantasy XV branded console on its official Twitter account. This console has not been announced to be available for purchase yet.

It comes with the Xbox One console itself, one special looking Xbox One controller, Final Fantasy XV the game and 12 months worth of Xbox Live Gold.

For all the technical information about the terms and conditions, you can read them all by clicking here. We have to wait and see if Microsoft will ever be selling this in retail stores.

Tonight’s special Final Fantasy XV event revealed tons of exciting details. An anime series is on the way as well as a CG animated movie. The CG animated movie will include the voice talents of Sean Bean, Lena Headey and Aaron Paul.

A demo for the game is also available to download right now for PS4 and Xbox One. As for the release date, it will finally be coming out on September 30th, 2016.