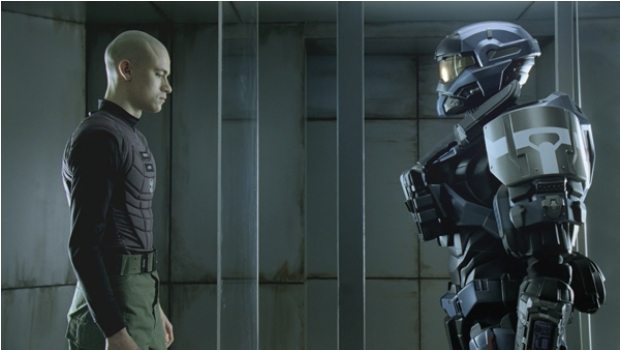 Microsoft has invested quite a serious amount of money into a new live action web-series taking place in the Halo universe. In fact, it is “the largest investment” the company has ever made in a live action film, to date. “Halo 4: Forward Unto Dawn” will be broken up into five, fifteen minute episodes leading up to the game’s release on November 6th, this year. The series will focus on how Master Chief inspired a young cadet who will later become a leader on the UNSC Infinity, a major set piece in Halo 4’s plot. The series will also “flashback” to the very beginning of the human-Covenant war, as well as tie into Halo 4’s fairly unknown story arc. “Every time we do a live-action commercial the audience says, ‘We want to see more so that we can explore the ‘Halo’ universe a little bit more,” said Frank O’Connor, development director of the Halo franchise. “Demand grew more and more out of the two little vignettes we’d previously produced.”

The series won’t rely on the viewer already knowing the ins and outs of Halo’s story, but will divulge new information for the hardest of the hardcore Halo fans, thus appealing to old and new gamers alike. Nothing more of who or what we will see in this new Halo series, but more information will be released in July at Comic-Con in San Diego. The series will likely launch the week of October 1st and will be distributed through Machinma on Youtube. Microsoft is still toying with the idea of developing a feature length film based on the Halo universe, viewing this web series as “the next step” towards a theatrical release; but seeing as development on the project has been a little ‘rocky,’ this will probably be the closest thing we’ll see to a major motion picture about the tall guy in green armor.