The latest news in the world of video games at Attack of the Fanboy
February 6th, 2015 by Damian Seeto 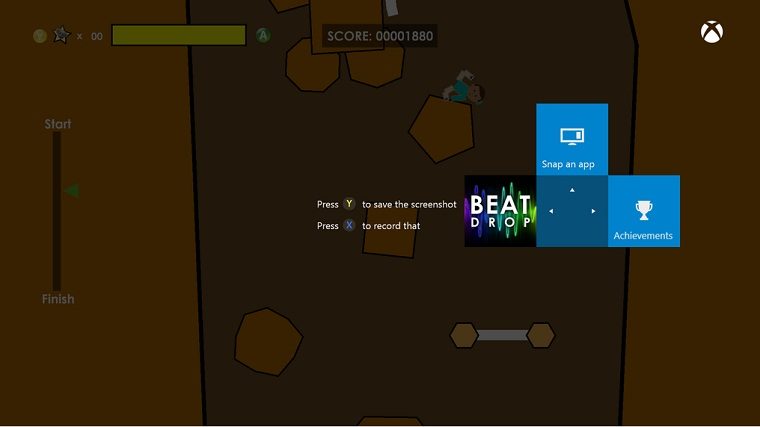 Taking your own screenshots and saving them on the Xbox One could be a reality very soon.

Xbox Head, Phil Spencer, tweeted an interesting image today that shows the screenshot feature in action. He currently has an Xbox One dev kit and is showing a small preview of how this might work on the Xbox One. Taking your own screenshots has been a request from fans ever since the console came out in November 2013.

In case you are wondering, Beat Drop is just an internal test game that the Xbox One developers use. The final Xbox One screenshot feature should allow you to take images from any video game. As you can see from Spencer’s image above, you can choose to save a screenshot or record your own gameplay.

Sony allows you to take screenshots using the Share button on the PS4. This is a feature the PS4 has had since its launch in November 2013. It’s nice a future Xbox One update will finally allow you to do a similar thing.