Microsoft to release Exercise Tracking and Heart-Rate Monitor for Kinect? 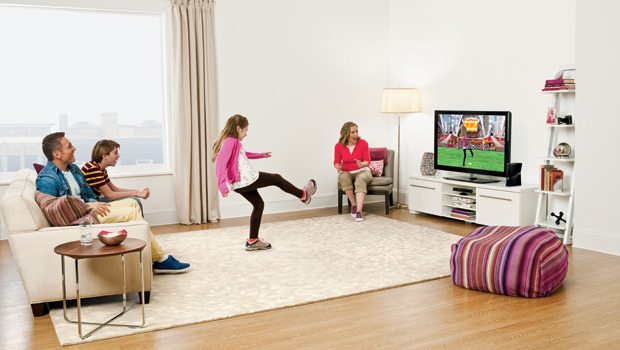 Remember the time when your parents would chastise  your gaming consoles for making you a fat, lazy tub-o-lard? Thanks to the Kinect, that time is gradually coming to a close. Well, perhaps not to a complete close, but it’s at least encouraging gamers to get up off the couch whilst playing.

According to sources of The Verge, Microsoft is preparing an Xbox 360 dashboard update that will include a “cross-application exercise tracking system.” This “Kinect Play Fit” as it’s so called, will allow users to track their exercise across multiple Kinect games as it provides tracking metrics in the system’s storage cloud. The source reports that Microsoft is also planning to release a hardware accessory, codenamed Joule, to accompany the Kinect Play Fit service. As the Verge reports, “The Joule heart-rate monitor will let Kinect owners track their heart rate wirelessly and ensure any exercise is within a target goal for weight loss, strength, or cross-fitness workouts.” Although the Joule monitor will be compatible with most Kinect games, it won’t be a necessary add-on for Kinect Play Fit’s exercise tracking feature.

The announcement of the new Kinect service is just speculation at this point, but chances are we’ll be getting full details as Microsoft preps to roll out all of its Kinect-related plans at E3 now less than a month away. It’ll be interesting to see whether Microsoft focuses primarily on its Kinect peripheral the way it did last year, or takes a more radical approach and targets its hardcore fanbase. Though the Kinect has yet to penetrate the confines of the hardcore gamer, it’s services and applications like the Kinect Play Fit that will appeal to the ever-elusive “casual” gaming family who gladly shell out the dough for such things.