The latest news in the world of video games at Attack of the Fanboy
February 28th, 2014 by Bill Hess 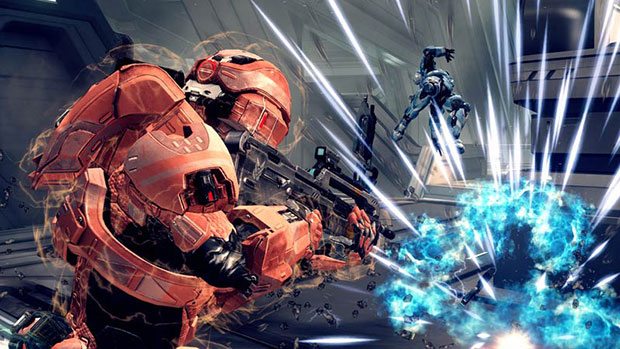 Despite numerous rumors popping up over the last few months, Microsoft’s been quiet on the Halo front.

While fans are anticipating the release of Halo 5, rumors suggest that an anniversary release of Halo 2 is on the cards for 2014. Whichever the case, we’ll be hearing more about the next Halo game on Xbox One at E3 2014.

According to Microsoft’s Phil Spencer, “Halo news will be coming at E3. 343i has a great plan in place, will be cool to share with everyone,” the Microsoft Studios exec said via Twitter.

It’s still too early to tell what Microsoft has up their sleeve for E3, but the Halo 2 remake idea that was floated in recent rumors was recieved well by Halo fans. The second offering in the series is considered by many to be the best of the original trilogy.

Then again, we could very well hear more about Halo 5 — which wouldn’t be a bad thing. The second Halo trilogy kicked off in 2012 with the release of Halo 4 on the Xbox 360. Though many project that the next numbered Halo title won’t arrive until 2015 at the earliest.