The latest news in the world of video games at Attack of the Fanboy
April 21st, 2017 by Mike Guarino 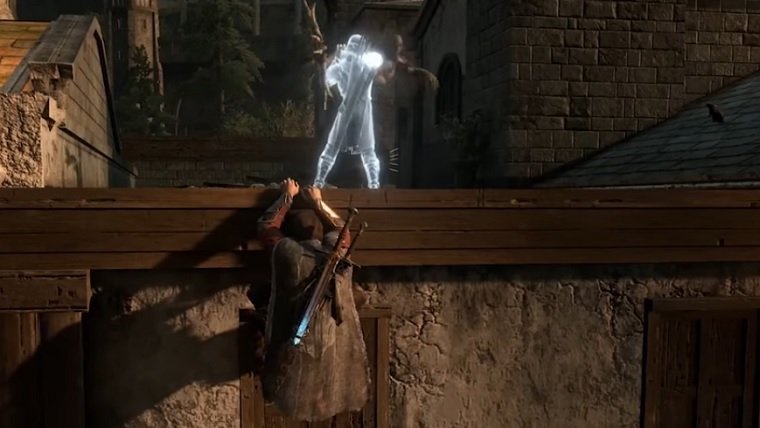 Middle-earth: Shadow of War will offer several different ways for you to dispose of your foes, and one of those ways is with stealth kills. The game’s skill trees allow you to turn protagonist Talion into a fighter that suits your playstyle, and the Predator skill tree can make you the ultimate assassin.

Today we’re getting a look at some new footage that shows this skill tree off, as well as the abilities contained within that allow you to pull off some sneaky kills. These include the ability to quickly boost to an enemy to get a quick kill with Elven Agility, while even getting some ghostly help with the Wraith Chain ability. These skills can be customized after unlocking them, allowing you to make them even more deadly.

One of the coolest abilities is shown off towards the end of the video, which is called Deadly Spectre. This allows Talion to summon the spectre to the spot he is currently at, and then send it out to take out a nearby enemy. This should add a really cool element to stealth gameplay, allowing you to stay safe in cover while the spectre does the dirty work.

There are of course plenty of other ways to deal with the enemies, with good old fashioned hand-to-hand combat likely going to be the most popular. However, the deep skill tree system will hopefully allow for some interesting variety to combat, and stopping it from getting repetitive in the process. Repetition was one flaw that held back the original Middle-earth game, but it looks like they’re looking to address that with this game.

Middle-earth: Shadow of War will launch for PlayStation 4, Xbox One and PC on August 22nd. Check out the video showing off the stealth kills contained in the Predator skill tree below.