Miitomo Mobile App Is Releasing In Japan Next Week 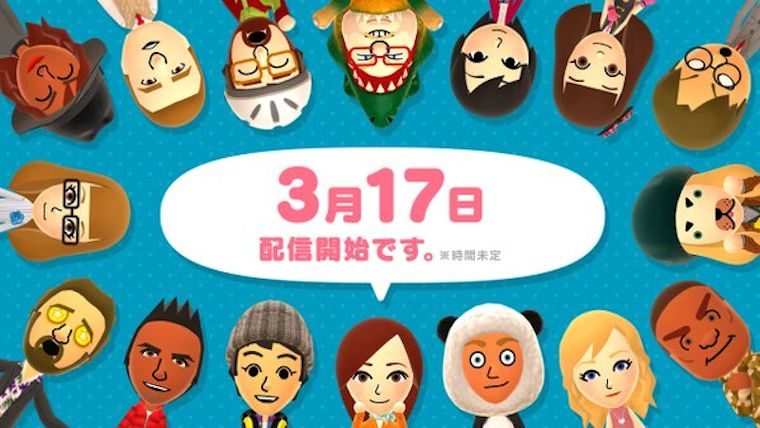 Nintendo is finally making making the move to mobile as another platform beyond their console and handheld markets, though not being as simple as just porting existing games to mobile devices. Instead, they are trying something very different with the social based app Miitomo, which is finally about to release in Japan.

The official Nintendo of Japan Twitter account posted a tweet last night that revealed that Miitomo will be coming to Japan on March 17. With that date announcement coming, it was revealed that noon on March 16 will be the deadline to pre-register.

This date goes along with the previous announcement that Miitomo would be coming out in mid-March in Japan. There is no indication if this will mean for both iOS and Android or only one of the two at first.

Nintendo really hasn’t shown all that much off about Miitomo since its initial reveal, so you have to wonder if there may be a short Nintendo Direct or something about the app before its release, if even just a Japanese exclusive one.

If everything is as originally planned, the US and certain other regions will be getting it sometime later this month as well, but we do not have a set date for that yet.