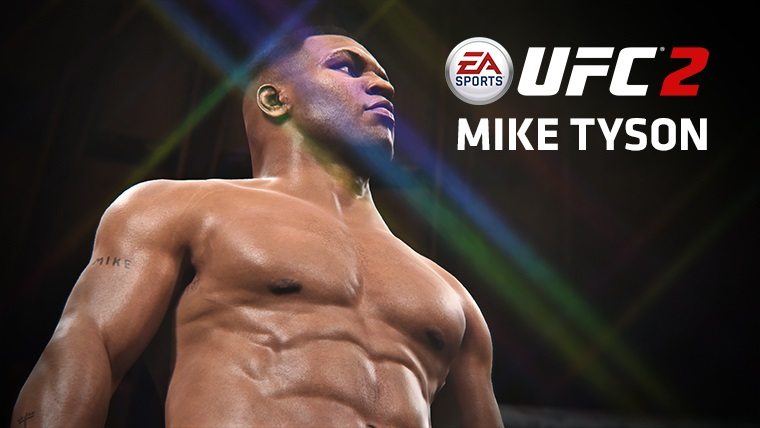 EA Sports promised a big fighter reveal for UFC 2 today, and they have certainly delivered with the debut of Mike Tyson. He will be an unlockable fighter in the game, though players who pre-order will gain instant access to him when EA Sports UFC 2 launches on March 15th for PS4 and Xbox One.

“The former undisputed heavyweight boxing champion of the world packs the strongest punching power of any fighter in the game and will fight across two different weight classes: light heavyweight and heavyweight…Two versions of Tyson are coming to the game: “Iron” Mike Tyson based on his climb to stardom and string of invincible fights in the eighties; and “Legacy” Mike Tyson, developed with the end of his illustrious career in mind.”

Pre-ordering the game unlocks “Iron” Mike Tyson, but players will have to play through the campaign to unlock the “Legacy” version. However, those that get the Deluxe Edition of UFC 2 will be able to use both immediately.

Tyson himself commented on the news, saying “As a huge fan, I’m honored to be part of EA SPORTS and explore the world of mixed martial arts. I follow UFC very closely and it’s going to be very cool to see how I would stack up against these amazing MMA athletes.”

You can check out Mike Tyson in action in the new trailer below.