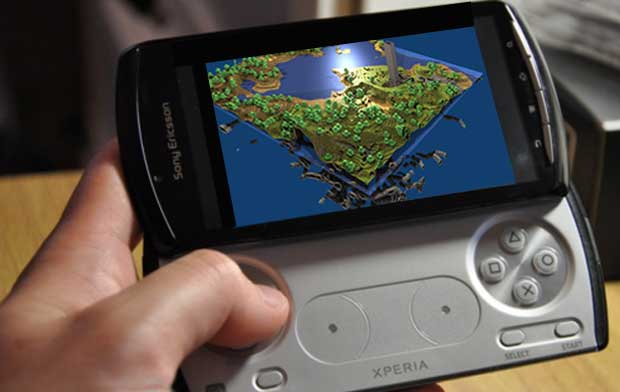 The Xperia Play needs a killer app, today it was revealed that this will be indie sensation, Minecraft.  The smartphone that is branded with PlayStation controls will get a port to the newly released device.  This version of Minecraft will be completely customized to work with the controls of the phone.  Mojang revealed earlier that they were working on mobile versions of the game that would be hitting Android and iOS systems, but Xperia Play will get this content before any other device.

Mojang issued this statement on the mobile versions of the game.

“When playing on smartphones you will have a different screen size compared to PC, different hardware, different attention spans and thus the game needs to be customized to fit the mobile specifications.”

The specifics about the mobile version of the game, like the price, release date, or Xperia exclusivity period, have yet to be announced.  At E3, Mojang will be hosting a Minecraft themed media event on the evening of June 7th.