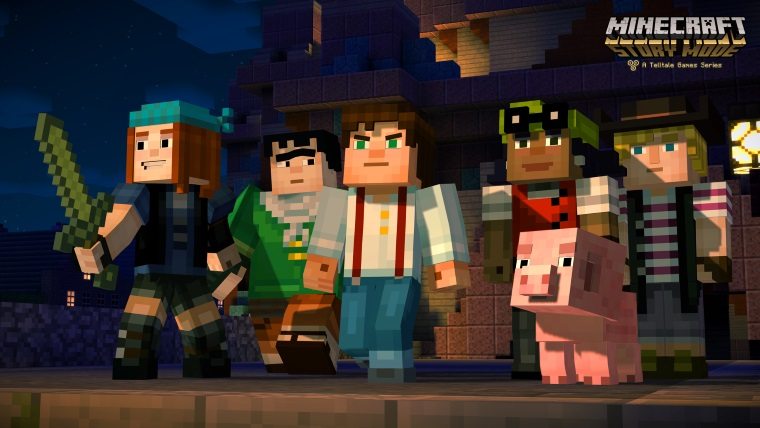 Telltale has been criticized before for the long wait in between their episodes, but Minecraft: Story Mode has so far been an exception. The first two episodes hit in rapid succession, with only a couple of weeks in between. With the latest announcement from Telltale it seems like we might be in for another short wait for Minecraft: Story Mode Episode 3.

“Your first look at ‘@Minecraft: #StoryMode’ Episode 3 is coming Thursday November 19! Stay tuned for more details…” reads the tweet from the developer’s official account. Titled “The Last Place You Look”, Minecraft: Story Mode Episode 3 could come out at any time really. However, the developer usually likes to give some heads-up to their fans, with news coming in just a week or two before final release. With news promised for tomorrow we could be seeing Minecraft: Story Mode Episode 3 hit before the end of November.

Of course, with how much this series has defied the usual conventions, anything is possible. It does seem that Telltale wants to keep this series releases close together, and they don’t appear to be holding things back or modifying them based on community feedback. This has been a big cause for delay before, as Telltale reshaped entire storylines or episodes based on how they were received by their fans. With how quickly Episode 2 hit though, it seems that this isn’t the plan for Minecraft: Story Mode.

Check back tomorrow for the details.