The latest news in the world of video games at Attack of the Fanboy
August 2nd, 2017 by Dylan Siegler 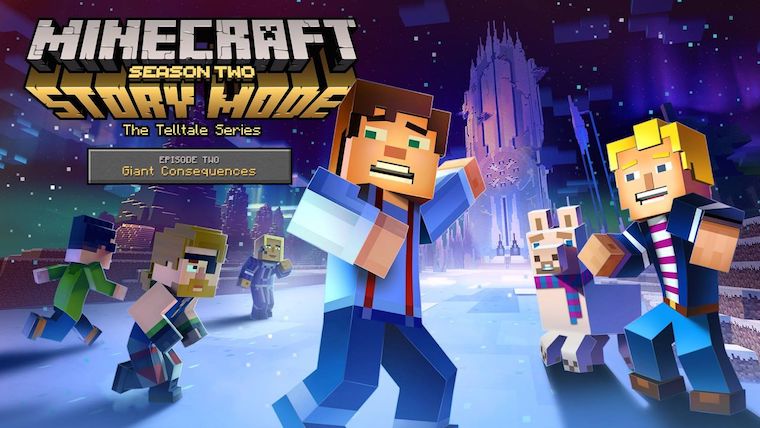 It was recently announced that the second episode in Telltale Games’ Minecraft: Story Mode – Season Two will be out in a couple of weeks. The new episode, which will be called “Giant Consequences,” will be available for PlayStation 4, Xbox One, PC, Mac, iOS devices and Android devices starting August 15.

In the official announcement for the episode, it was also revealed that Minecraft: Story Mode – The Complete Adventure will be made available for the Nintendo Switch on August 22 in North America and on August 25 in Europe and elsewhere. The Complete Adventure will be available both physically and digitally and will contain all eight episodes of the first season of Minecraft: Story Mode, including all five main episodes and the three bonus episodes. In the official announcement, it was stated that this game will be “our first (but probably not our last) release on Nintendo’s latest console,” which would seem to possibly confirm the rumor that Telltale’s Batman and Guardians of the Galaxy, and possibly more games, are also coming to the Switch.

In other Telltale-related news, the third episode of Guardians of the Galaxy has been slated for release on August 22 and the first episode of the second season of Batman, entitled Batman: The Enemy Within, is coming out in less than a week, on August 8. All this is preceding the eventual releases of the second season of The Wolf Among Us and the fourth and final season of The Walking Dead, both scheduled to come out next year.