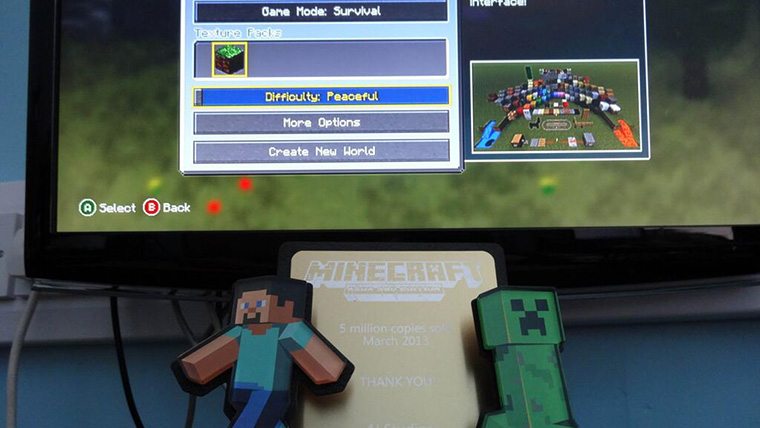 Yes, Minecraft Xbox 360 Mash-up Packs will soon be all the rage.  4J Studios is getting ready to release the new downloadable packs for the game, and the first chance to see them in action will arrive this Sunday.  4J Studios announced that a Minecraft Mash-up Pack trailer is being created by Hat Films.

4J confirmed the news earlier today:  “We’re looking forward to the release of the trailer for the first Mash-up Pack this Sunday!,” the developers said via Twitter.

It looks like whatever legal issues had been holding up the reveal of the Mash-up Packs has been resolved.  Earlier this week, 4J briefly discussed what these new downloadable Minecraft packs are, and how they will change the game.

There’s still no official release date on the content, but perhaps the trailer will shed some light on when to expect Minecraft Mash-up Packs to arrive on the Xbox 360.