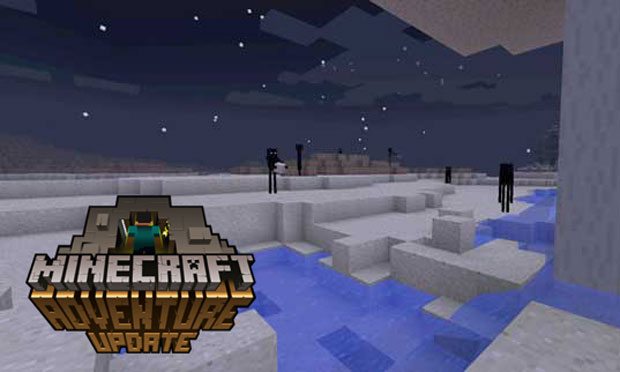 Minecraft developer, Notch Perrson, recently tweeted an interesting image that showed off one of the new creatures coming to his game.  The image drew some speculation as to what they were, and how they would function in the game, and now there’s a bit more clarification regarding this new creepy creature.  The “Endermen” are a new comer to the game that will spend their time laboriously moving blocks around the Minecraft landscape.  The Endermen will seeming go about their business of moving blocks in the game until you look directly at them, at which point they’ll attack you.

Notch explained you can watch the Endermen going about their business but when you focus on them (by dropping the reticule on them) they’ll attack.  The developer claims that he is going for a creepier feel for the new mob. Weighing different scare tactics for the new mob, seemed to play a large role in the development of the Endermen according to Perrson.

“It’s dark, it has long and narrow limbs, moves very slowly, and will pick up blocks and move them around. I wanted this to be a mob you only saw in the distance and a mob you’d be afraid of, but when I playtested it, it mostly felt like a regular zombie. There’s was a distinct mismatch between looking creepy and not actually playing creepy,” said Notch.

The Endermen also have a teleporting ability which the developer touched on as well.

And they teleport. If they’re too far away to reach you in a short period of time, they will teleport about once per second. They try to make sure they always teleport to somewhere you can see, as I don’t want to confuse the player as to what is happening.

When they attack, you know it’s your fault. When you happen to look at one, you can keep looking at it to figure out how to deal with it, but you know it WILL reach you very fast once you stop looking at it.

According to The Word of Notch, prepare to get creeped out when this new mob goes live in the new Adventure Update.