The latest news in the world of video games at Attack of the Fanboy
July 13th, 2017 by Dylan Siegler 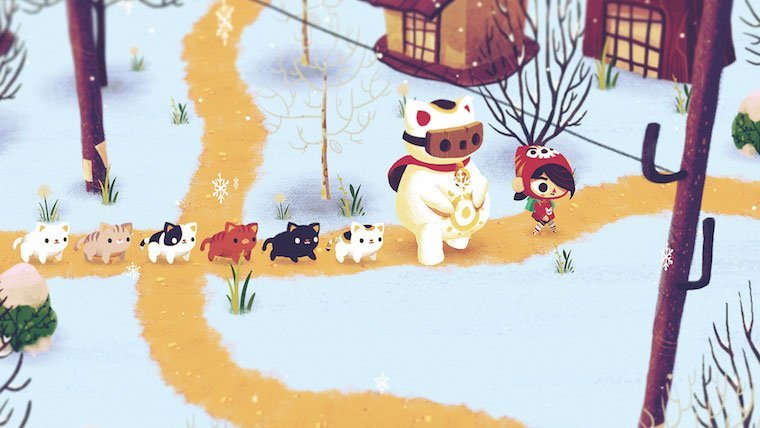 A trailer for an upcoming indie game was uploaded to YouTube today and…there’s so many cats. Mineko’s Night Market is a game being developed by Meowza Games and published by Humble Bundle. According to Polygon, the game stars a girl named Mineko who starts working at a weekly marketplace. She will have to collect materials, make sellable things from those materials, sell those sellable things and whatever else her job entails. But here’s the main draw of the game: there are cats everywhere.

Apparently, Mineko’s Night Market‘s fictional setting of Mount Fugu is based off of the real world Tashirojima, a Japanese island where there is a larger population of cats than there is of humans. In the trailer, you will see literal truckloads of cats. There are cats in cars, cats in trains, people dressed like cats… You can even grow and harvest new cats like they’re plants. And, of course, there are plenty of cat-themed mini-games, like cat racing, where you better believe you’re riding a cat to victory. Also, as you could probably tell from all the game’s promotional material, Mineko makes friends with a huge cat, twice her size, wearing a mask. So that’s a thing.